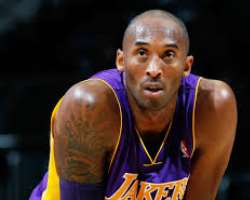 The world was thrown into deep mourning with the recent passage into eternal glory of Kobe Bryant who took the basket ball sport by storm during his glorious two decades of being a professional basket baller.

He, his daughter and seven others were in his private helicopter and were going to cheer up his thirteen year old daughter, Gianni who was going to participate in a game. Tragically, they never made it to the games as their lives were cut short in the fatal crash.

The reality of the transience of our lives was thrown open to us with their deaths. One minute, one is a super star, the next minute you are as cold as a dog’s nose with your corpse being deposited in a morgue. This shows that we are really nothing and it is vanity to be attached to the things of this world since we don’t know when and how the end will be. Just as we didn’t determine our birth – place, parents etc, we also in most cases cannot determine how our exits from this sinful world will be. It is wise to live each day as if it was our last so that we can truly triumph. Kobe was born great and also achieved greatness as well. His father, Joe Bryant once played for the NBA as well as his maternal uncle, John Cox. When his father retired, he relocated with his entire family to Italy where he signed up in a club there and Kobe spent his formative years there and also learnt how to speak Italian fluently.

He started playing basket ball at the tender age of three and regularly watched videos on the game which was sent to him by his grandfather which he used to improve his skills.

He moved to the United States to continue his high school education where he excelled in the sport which will later bring him fame and fortune.

He joined the NBA at the age of seventeen and signed up with Los Angeles Lakers where he spent his entire playing career in.

He shone brightly like the northern star there and was highly decorated. He was a five time NBA Champion, most valuable player, NBA all star, he made the all NBA first team several times and was also part of the NBA second rookie team the year after he made his debut in the court of the greats and giants.

He had over thirty-three thousand points, over seven thousand rebounds and over six thousand assists.

He was a man of numerous parts as his life wasn’t just centred around basket ball – his country’s national sport. He was happily married to his heartthrob, Vanessa for nineteen years and they remained together through thick and thin. Their marriage was exemplary as it was a departure from the norm of celebrity divorces. They had three daughters together and he was a family man to the core despite his hectic schedule which was an attestation to his multi tasking skills.

Upon retirement in 2016, he went into business. He invested in the company that manufactured the body armour super drink and made a whooping $200 million when Coca Cola acquired it. Alongside, Jeff Stibel, they established Stibel-Bryant venture capitalist firm which funds ideas in music, gaming and technology.

Unlike many African-American sportsmen who went broke after their retirement due to their extravagant lifestyles, Bryant didn’t follow suit as he made hay while the sun shone by investing wisely.

He will be sorely missed as he had a tremendous impact on millions of people around the world especially during his playing days where he brought joy to his fans faces.

He was a Roman-Catholic and one of the prayers this sect prays on a daily basis is to be delivered from sudden death. We pray that the Almighty grants him eternal rest as his death wasn’t clearly planned for.

Adieu Bryant till we hopefully meet to part no more.