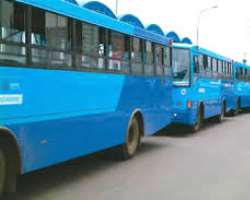 Lagos, like other cities across Africa seems to be bedeviled by rascally gridlock. To the exclusion of a public holiday, Lagos can’t boast of a traffic-free day. In the words of Ukpata and Etika, traffic congestion is a common sight in most urban cities. Efforts at arresting the Lagos-traffic appear to be inconsequential and ineffectual. Poor driving habits, poor road network, inadequate road capacity, and lack of parking facilities constitute the greatest causes of traffic congestion in Lagos, by extension, Nigeria. I hope we are not mad, says a concerned and perpetually worried commuter. He got to the BRT stand at twenty minutes to five, only to have met a headachy and interminable queue. He concluded, I am sure, you, people did not sleep at home. In our Lagos, by four O’clock, in the early part of the morning, you are already behind schedule, if you intend to avoid the ferocious traffic, which has no respect for anyone except, the political Lords, whose road matrix seems perfect any time. The era of Mr. Tibubu is not significantly and markedly different from those of his successors, as it stands, traffic has defiled many remedies.

Like Anthony Joshua, who reclaimed his world heavyweight champion title, Sanwo-Olu Lagos, doubled the emolument of the LASTMA officers. This incentive was to serve as a catalyst towards taming the recalcitrant city bastard called traffic. if results and observations matter, then, we know LASTMA is way far from emerging victorious, though, always on its toes. The BRT is the blue bus. It owes its operation to Primero Transport Services Limited and regulated by LAMATA. BRT, since, its inception, has served as a transport option which relies on the use of dedicated “ interference” free roads. As conceived by the Lagos Management as a strategy for congestion flow, the BRT could not be said not to have eased the movements and travellings of Lagosians on a daily basis, covering kilometers far above 35.5. BRT has pounced on its advantages of segregated road and affordable fares.

In Lagos, both time and climate affect the price of commuting. In the rush hours, fares skyrocket. No single driver is concerned about the feelings of the fatigued commuters. You simply can’t have a stable budget for transportation. The molue era reminds one of a callous past. Once darkness colours the sky, it is a signal that fares will jump or triple. With BRT, these anomalies were quick on their demise. The users of BRT harbour no worry about the fares. Come what may, from Onipan to I korodu, will still go for #200. BRT guarantees safety, while on board, there can be no panic of one chance, I hope, it will be given acceptance into the Oxford Dictionary, soonest, like other Nigerian derivatives such as fufu, agbada, buka among others. Some questionable persons, take advantage of the high supply of commuters by getting unsuspecting travelers on board, for ritual purposes. In some scenarios, to rob them of their valuables. With BRT, safety and security appear to be back. By the same token, casualties, occasioned by Okada have declined, since, the say-no-to-traffic commuters, now enjoy the Primero ride.

As a daily user of the BRT bus, I know, it is not without its drawbacks and limitations. The legendary Fela Anikulapo Kuti, in his life time, would satirize the society. There is one that appears apt, suffer suffer for world, na your fault be that…, in the BRT buses, the 49 sitting and 99 standing epochal phrase cannot be dismissed. It is usually a bumper-to-bumper standing. No woman dare raise a voice that her behind commuter is trespassing the bound limits. Everyone feels calm. If something touch something, na BRT. In addition to this ugly side of the blue bus, you are never sure of leaving the terminal in another 45 minutes. The BRT can’t be your savior, when trying to keep an appointment. The traffic time is observed on the boring queue. The worst of these tragedies is the violation of learner driver law. Learner drivers are restricted to a number of occupants, in the case of the BRT bus, learner drivers are allowed to drive the bus, even, when it is teeming with commuters. Let’s kite with lives, I guess! Even with BRT, suffering continues and lives may not be safe.