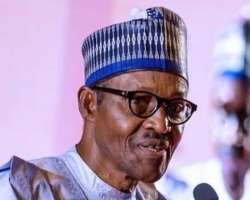 With the significant progress now recorded in the Ogoni Clean-Up project, attracting local and international commendation, the Buhari administration’s New Vision for the Niger Delta is making good progress.

This is according to a statement by the presidency signed by Laolu Akande, Senior Special Assistant to the President on Media and Publicity, in response to media inquiries over the weekend.

It stated that the progress report on the Niger Delta New Vision indicate clearly that “since the Ogoni Cleanup commenced in January 2019, with 16 contractors moving to site, a total of 21 sites has so far been handed over to contractors by Hydrocarbon Pollution Restoration Project (HYPREP) under the Federal Ministry of Environment.”

This is besides the commencement of the Maritime University in Delta State now on full steam with over 1,000 students spread across 13 undergraduate courses in three faculties; and the progress made in the establishment of modular refineries, including the Niger Delta Resources Refinery, NDPR which has now moved from 1,000 Bpd to 6,000 Bpd couple weeks ago.

Giving details on the Ogoni Clean-Up, Akande disclosed that “the 21 sites where remediation works are ongoing are located in four of the Local Government Areas in Ogoniland, namely: Eleme, Tai, Khana and Gokana Local Government areas,” adding that local and international commendation are being received by the Buhari Administration on the progress of the Clean-Up.

It would be recalled that the 2011 United Nations Environment Programme (UNEP) report on Ogoniland devastated by decades of oil spills was not implemented until June 2016, when the Buhari administration kickstarted its implementation. Then, Vice President Yemi Osinbajo, SAN, flagged off the clean-up exercise in the region.

According to Akande, “the commitment of the Buhari administration to the Ogoni cleanup process has received several local and international endorsements, with visits to the sites by the Dutch Ambassador, British Deputy High Commissioner, US Ambassador, German Ambassador, Norwegian Ambassador, UNEP team, among others, all attesting to the progress being recorded in the Clean-up.”

Giving an insight to the Progress Report, Akande quotes this: “I can see that work is ongoing and hopefully it will produce results soon,” the Netherlands Ambassador to Nigeria, Marion Kappeyne Van de Coppello, said in August 2019 when she visited one of the sites in Eleme Local Government Area.

“Also, during an inspection visit, the UNEP team leader, Mr. Mike Cowing, said the re-engagement of the UNEP team for the Ogoni clean-up shows the commitment of the Federal Government to effectively implement the UNEP Report. “We see that very sincere plans are being put together. We are part of the planning and we would be part of the implementation,” Cowing said.

The report also noted that, “as part of its commitment, HYPREP and UNEP recently trained young Ogoni scientists and other indigenes with relevant professional qualification from Ogoni. Twenty-one of these young Ogoni youths have returned from Geneva and United Kingdom, after an intensive training in Management of Contaminated Site Assessment, Clean-up Assessment, Clean-up of Contaminated Sites and Field Work Techniques.”

Below are some of the highlights of the Progress Report and developments in other projects in the Niger Delta.

Some of the ongoing development projects under the Buhari administration’s Niger Delta New Vision include the take-off of the Nigeria Maritime University in Okerenkoko, Delta State. The University had commenced full academic activities for the 2017/2018 academic year in April, 2018, with a total of 370 students spread across 13 undergraduate programmes in three Faculties approved by the NUC, namely: Transport, Engineering and Environmental Management.

The Niger Delta region is also benefitting for the Buhari administration’s efforts to improve the country’s infrastructure, including the Bonny-Bodo road and bridge project.

This is an important road and bridge going across the Opobo channel, being undertaken as a collaboration between NLNG and the Federal Government.

When completed, the 34-kilometre Bonny-Bodo road and bridge project, which was flagged off in October 2017, would connect several major communities and boost socioeconomic development in the region.

There is also the Itakpe-Warri rail line project which is now complete and ready for commissioning. The rail line would handle passenger, commercial and freight services.

The Federal Government is also in the process of developing sea ports in the region, including Warri, Ibaka deep see port, among other development projects like the establishment of Export Processing Zones to boost economic activities.

In the same vein, the Niger Delta Development Commission (NDDC), is being repositioned for better delivery. It would be recalled that following the directive of President Muhammadu Buhari, the NDDC has since begun the audit and verification of projects and contracts in the nine Niger Delta states to better serve the people of the region in terms of development.