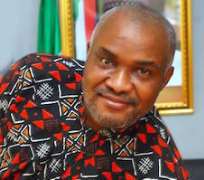 The European Union is an amalgam of some of the most civilized and law abiding nations on the planet earth.

Conversely, the Nigerian Army is the largest force in black Africa and currently it has a leadership headed by Lieutenant General Tukur Yusuf Buratai that has fundamentally transformed the institution to one of the most respected in Africa.

European Union or EU as it is paraphrased is a behemoth that runs like a mini-world with vibrant parliament; human rights-related judicial forum and other paraphernalia that marks it out as unique, competent and trustworthy.

This body is also a very useful development partner of Nigeria and much of Africa, which is a continent that is navigating through serial manifestations of self-inflicted underdevelopment, corruption of the political elite and constant attacks by Islamic terrorists.

The European Union has helped phenomenally in the area of provisions of the much needed relief materials to the Nigerian citizens caught in the ongoing terrorists’ attacks in the North East of Nigeria – which is bigger than two European nations put together in terms of geographical size.

No doubt, North East of Nigeria has come under ferocious and a resurgence of violent attacks by armed Islamists affiliated to the global terror networks even as more Nigerians have lost their lives and the conditions of the population in the different internally displaced persons’ camps have deteriorated with over two million children facing starvation and imminent death.

I will return to render the statistical status of terrorism and its consequences on the global rating of Nigeria.

But first, let me remind our readers that the European Union has just issued a very extensively damaging report in which it categorically stated that Nigeria has made no progress in the counter terror war. This statement has generated varied reactions with some questioning the rationale and timing of this condemnation from such a reputable global institution like the European Union.

It was observed that there has been increased attacks by the group in the last few months despite claims by the Nigerian Government that the terrorist group had been technically defeated. The Army is still of the view that it is on the verge of defeating the terrorists.

The European parliament, legislative branch of the European Union, has expressed concerns over the recent spate of attacks by the Boko Haram terrorists in Nigeria.

According to the media, the parliament said there was no progress in the fight against the insurgents.

There has been increased attack by the group in the last few months despite claims by the Nigerian Government that the terrorist group had been technically defeated.

The EU parliament said, “Terrorist attacks which have taken place in the country; reiterates its concern about the protracted crisis in Nigeria and the volatile security situation in the North-East, and strongly condemns the repeated violations of human rights, international and humanitarian law, whether based on religion or ethnicity.

“Condemns in particular the recent increase in violence against ethnic and religious communities, including the targeting of religious institutions and worshippers.

“Deplores that progress has stalled in the fight against Boko Haram, ISWAP and the increased occurrence and severity of suicide attacks and direct attacks against military positions; recalls that Nigeria’s President Buhari was re-elected in 2019 on the promise of defeating the violent extremism promoted by Boko Haram and other terror groups, and urges the President to implement his campaign promises.

“Considers any form of extermination of human beings or ethnic cleansing barbaric and a crime against humanity; urges the Nigerian Government to address the root causes of violence by ensuring equal rights for all citizens and non-discrimination legislation.”

The parliament said it is deeply worried by reports of ill-treatment of children detained in military facilities and called on the Nigerian authorities to allow the United Nations access to its military detention facilities, sign a formal handover protocol to ensure that children detained by the military are quickly transferred to appropriate child protection authorities.

In what can be regarded as an unwelcome coincidence, the European Union’s indicting statement was issued at the very same week that residents of Damaturu/Maiduguri adjourning communities are reportedly fleeing from renewed attacks by boko haram terrorists.

Many residents are said to be fleeing their homes in the wake of sustained attacks by Boko Haram insurgents along the Maiduguri/Damaturu Highways.

Reports have it that tension escalated recently owing to the insecurity at Auno and its environs in Konduga Local Government Area of Borno State.

The insurgents have been terrorizing motorists and villagers within the locality for weeks despite the existence of several military checkpoints. Locals decried that dozens of people were being killed and many others abducted on a daily basis.

A community leader said: “As of this afternoon, more than 1,000 people have fled their homes in Auno, many left on Saturday to Maiduguri. As we are speaking, pickup vans and trucks are conveying people’s belongings. I’ve begged them not to allow the town to be deserted, but they’re not listening to me. “President Muhammadu Buhari should come to our aid; we voted for him to end the war, but unfortunately, we’re going backwards in view of the daily attacks on the Maiduguri/ Damaturu Road.” A resident Bukar Auno said: “We’ve discussed with their (troops’) Commanding Officer that we don’t want gates in the middle of the town. The gate was erected about a month ago or so, we don’t know the rationale behind putting such a gate inside the town instead of outside the town.” He further pleaded with the Borno State government to empower the vigilante and hunters with needed weapons to fight the insurgents, saying about 75 percent of the people had deserted the town.

Relatedly, the chairman of Network of the Civil Society Organizations in Borno State, Ahmed Shehu, confirmed that residents of Auno had fled to Maiduguri.

Meanwhile, the media reports that concerned citizens in Damaturu have bemoaned the deteriorating insecurity and regular attacks on the Damaturu-Maiduguri Road. They said people were being killed and abducted daily on the road.

However, the ever outspoken and professional soldier and General who commands the Nigerian Army as the chief of Army staff lieutenant General Tukur Yusuf Buratai has immediately responded by calling for calm.

The Chief of Army Staff, Lieutenant-General Tukur Buratai, asked all local and foreign interests to exhibit more commitment and restraint on issues of our national security and avoid taking sides. He said all their actions and utterances must be tailored towards supporting the national cause with a view to restoring peace and tranquility to Nigeria. The European Union Parliament had on Sunday reportedly alleged that there was no progress in the fight against the Boko Haram insurgency. But is a statement yesterday by the Nigerian Army Operations Media Coordinator, Colonel Aminu Iliyasu, and the Chief of Army Staff warned all enemies of Nigeria and Nigerians taking delight in the sufferings of citizens that the day of reckoning “is at their doorsteps.”

General Buratai enjoined all well-meaning Nigerians, especially those in the northeast and friends of Nigeria elsewhere to fully support the counter-insurgency operations as well as the fight against all forms of criminality across the nation.

“The COAS unequivocally assures troops that their sacrifices and that of our fallen colleagues will never be in vain as he reiterates the unreserved commitment of the Nigerian Army to defend our country and her citizens no matter the prize or odds. “The recent moribund activity of Boko Haram/Islamic State West Africa Province insurgents is synonymous with the kicks of a dying horse gasping for the last breath,” he added.

I think what we need and what the military institution is asking for is for genuine collaboration with international community so the fight against terrorism is brought to a successful end quickly. I think the global leaders need to improve their technical assistance to the Nigerian military so these armed terrorists are decisively defeated. This is no time for victory song. This is equally no time for blame game. The Nigerian military have a job to do to defeat the terror groups and the global community should assist Nigeria. Understandably, Nigeria's standing in the global terror rating is tragic going by a recent international report.

Specifically, a report identified as the fourth edition of the Global Terrorism Index which provides a comprehensive summary of the key global trends and patterns in terrorism over the last 16 years, covering the period from the beginning of 2000 to the end of 2015, contains facts pointing to the global dimension that the armed Islamists have taken the terror attacks Nigeria to.

Produced by the Institute for Economics and Peace, the GTI is based on data from the Global Terrorism Database which is collected and collated by the National Consortium for the Study of Terrorism and Responses to Terrorism (START), a Department of Homeland Security Centre of Excellence led by the University of Maryland.

The Global Terrorism Database is considered to be the most comprehensive dataset on terrorist activity globally and has now codified over 150,000 terrorist incidents being killed.

We learnt from the executive summary of this report that Iraq and Nigeria together recorded 5,556 fewer deaths and 1,030 fewer attacks than in 2014.

However, with a global total of 29,376 deaths, 2015 was still the second deadliest year on record.

While the weakening of ISIL and Boko Haram in their central areas of operations in Iraq and Nigeria is positive, this change has coincided with two key negative trends which have driven up terrorism in the rest of the world. The first is ISIL’s shift in tactics to transnational terrorism, not just to other parts of the Middle East but to Europe as well. The second key negative trend is Boko Haram’s extension into neighboring West African countries which has led to Cameroon and Niger rising to 13th and 16th in the GTI.

Accompanied with these two key negative trends was an increase in the number of ISIL-affiliated groups that undertook attacks. The research found that the number of countries with greater than 25 deaths rose to 34, an increase of seven to the highest numbers ever recorded. At least six countries saw very significant deteriorations in their GTI scores in 2015 leading to large rank changes from the previous year. This accounted for the overall deterioration in the global GTI score of six per cent as these falls outweighed the substantial gains in Nigeria and Iraq. These countries include; France, Turkey, Saudi Arabia, Kuwait, Tunisia and Burundi.

The above global research calls our attention to the need for all hands to be on deck.

This is also a reminder that what Nigerians need now are decisive international partnerships with the Nigerian Army so the armed terrorists are defeated.

This is certainly not the recrimination but partnership. Lastly, we are opposed to the releases of the so called repentant boko haram terrorists. We believe that armed terrorists should face the long arm of the law.