Why We Have No Regrets Fighting Civil War –Gowon 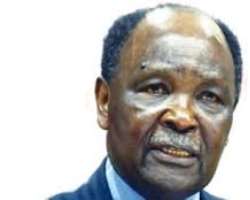 Former Head of State, Gen. Yakubu Gowon, has said his administration had no regret going into the Biafra war because it was necessary to keep Nigeria one.

The ex-military dictator said this in a special interview he granted the Hausa Service of the British Broadcasting Corporation, as part of activities marking the 50th anniversary of the end of the Nigerian civil war, on Wednesday.

He said, “The war was fought to keep Nigeria one, not for other reasons as is being speculated in some quarters. It is because of this that we don’t have regrets about fighting the war.

“We fought because of our love for our country. That is why at the end of the war, we declared that there was no victor, no vanquished.”

The retired general, however, cautioned those he said were trying to turn back the hands of time with their conduct and utterances to desist from doing so in order to prevent a descent into chaos.