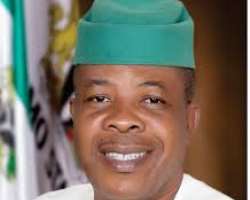 The immediate former governor of Imo state, Emeka Ihedioha has stated that he is not scared of impending probe into his administration by his successor, Hope Uzodima , as reported by some quarters.

Speaking in a statement by his media aide, Chibuike Onyeukwu, he stated that his administration hinged on due process and as such not scared of any impending probe

His words: “The former governor is not tensed about the probe order. His Excellency hinged his administration on due process, accountability and transparency. There is nothing wrong if the new governor says that he wants to look into the books. We are fine with it.”