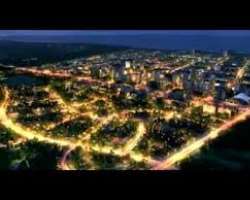 Being a field Investigative Reporting assignment by the 2019 graduating Mass Communication Students (Group ‘A’) of the School of Media and Communication, Pan-Atlantic University, Lagos

One of the most significant projects in Nigeria, the Lekki Free Trade Zone (LFZ) in Ibeju-Lekki Lagos has a project completion timeline of 2022, but findings by a team of reporters show uncertainty about the completion date by officials involved in the project. Compared to the online public releases stating 2022 as the estimated year of completion, interviews with the Managing Director and Head of Marketing suggest otherwise: there is no estimated end date. The LFZ could be fully functional in 20, 30 or even 50 years to come! Dr Tunde Sodade, Managing Director, Lekki Worldwide Investments Ltd. asserts, “I see maybe somebody in the generation next to mine, after mine, or even after that, completing the Zone and managing the Zone, in all realism. Because the truth of the matter is that if you looked at V.I when they started from Federal Palace and all the parts of V.I that you all know to 1004, that took at least about 25 years.”

Ten years ago, when stepping into the Ibeju-Lekki area, one was greeted by forest and calm wind. As years went by, the forest became clear land, development settled in, visions and ideas were becoming a reality, Nigerians looked towards the place as somewhere habitable, and before we knew it, Lekki Free Zone Development Company (LFZDC) was standing before us.

The objectives for the Lekki Free Zone read like a utopian manifesto. They are ambitious and profitable in theory, making the familiar promises to stimulate the Nigerian economy and increase local job opportunities. They do, however, seem like a distant reality, as the lofty ambitions of the initiative are blighted by issues of inexperienced workmanship, continually changing government administrations and arbitrary timelines for completion. Picture an enterprise with a vision to stimulate the Nigerian economy, attract local and foreign investments, and increase job opportunities for Nigerians.

The zone is 16,500 hectares in surface area – roughly “twenty times the size of Victoria Island” – and has been touted as “a landmark development that will further consolidate Nigeria as a leading investment destination in Africa”. The Lekki Free Zone (LFZ) is an area mapped out with specific economic regulations and serves as a platform for businesses; like a stage for exploring the African and Nigerian markets. Lekki Free Zone, unlike other free zones in Nigeria, is not considered a “free trade zone” because it is not involved in retail trading activities to the customs territory. It has a unique structure and is distinct from most of the free zones in Nigeria. Unknown to many, there are 33 free zones in Nigeria.

Many of the free zones in Nigeria have specific industries. However, LFZ is open to six different sectors: the petroleum industry (oil and gas), manufacturing, entertainment, real estate, banking and trading. The concept is not limited to building an industrial or manufacturing hub, but on building a city which, when fully developed, will contain the necessary facilities needed to sustain it. There will be clubs, eateries, banks, mosques, churches, schools, recreational centres and other essential facilities. The idea behind the Nigerian government embracing the relatively new free zone concept is to attract manufacturers to increase and boost the country’s exports – which dropped at a rate of -21.8% from 2011 to 2016 -, raise employment rate and restructure the nation’s industrial outlook. A look at the official website for the zone reveals a 5-year timeline and development plan between 2017 and 2021 which accounts for various infrastructural developments.

We sought to understand why the Lekki Free Zone does not receive as much media attention as it should, which drove us to visit the site to confirm the words of Mr Tunde Sodade and observe the environment.

The cleanliness of the entrance surprised us as we approached the zone. After exchanging pleasantries, we met the Investor Relations Analyst LFZDC, Mr Adelana Olusola, who was going to be our tour guide and answer our questions. He was relaxed about our visit, implying that the Lekki Free Zone had nothing to hide; he then proceeded to tell us the history behind the development of the free zone. He spoke about how although Nigeria is considered the giant of Africa, many still view Ghana as a more attractive spot to foreign investors owing to better infrastructure such as good roads, stable electricity and security. All this gave birth to the idea of a Free Zone in Nigeria to attract its niche of foreign investors. “Since I started working here, over six Dangote trucks have fallen on this our road, and we do not know what is happening around the country. That is a turn off for any investor.”

To compensate the enterprises that are coming in for all of these deficiencies, the Nigerian government decided to set up the Nigerian Export Processing Zones Authority (NEPZA). NEPZA offers preferential policies to companies that the Corporate Affairs Commission (CAC) is not proposing to companies registered under them. Some of these preferential policies include complete tax holiday from all federal, state and local government taxes, 100% foreign ownership of investments, waiver on all import and export licenses and permission to sell 100% of manufactured goods into the Nigerian territory. The complete breakdown of the procedures and guidelines are available in the NEPZA Investment Procedures, Regulations and Operational Guidelines for Free Zones in Nigeria, 2004.

Presently, the Lekki Free Zone has 22 fully functional enterprises, both international and local. There are two Nigerian enterprises and 20 foreign ones. Some of these enterprises are: Yulong Steel Pipe, St. Nicholas Hospital, Asia-Africa International, Golden Dream Commodity, Loving Home, Aslan Nigeria, Sunshine Houseware, PCCM industry, The CANDEL, Sinotruck International, H & Y International, Bollore Transport & Logistics, Crown Nature, Huachuang Steel Structure Engineering and Coral Beach amongst others. More than 50 have registered, and at full capacity, there should be about 300-400 enterprises running in the zone.

Many perceive the LFZ initiative as foreign-focused due to revelations concerning the enterprises currently operating in the zone and the currency of exchange. As a result of the high foreign enterprise influx, citizens and analysts have accused the Zone of patronising, mainly foreign investment and not indigenous ones. However, the reason for this low local investment according to the Investor Relations Analyst LFZDC, Mr Adelana Olusola, “is as a result of the fact that Nigerians are not manufacturers business-wise. Most Nigerians, therefore, import their products from Asia with the hopes of selling it here in Nigeria because of the registration of companies, substandard electricity, bad roads, access to raw materials, the security of expatriate personnel and so on. These factors hinder Nigerian manufacturing businesses from flourishing. Additionally, due to the volume of investment needed to thrive in the zone, not all Nigerian enterprises can afford such investment funds.”

But does the situation truly accommodate Nigerian enterprises the way it does with foreign ones? Land in the zone goes for $40 per square meter, and the minimum purchase is 10,000 square meters – a practice which can discourage local investment. The dollar is the primary currency. Officials say it is to give the LFZ a different face from the Nigerian territory. It is considered “a country in a country,” Mr Adelana quipped. This then raises the question of whether the zone is fulfilling its aim of increasing the demand for the Nigerian currency. In response to that, one of the reasons why operations within the zone are in USD is that the offshore banks that are meant to service the enterprises are currently not running due to some of the Central Bank’s policies that have been frustrating them. If these banks are unable to come, and enterprises need to get back their Dollars to go and import raw materials, it becomes a problem for them because they are unable to access Dollars. As a result, an alternative option was to settle with exchanging in Dollars within the zone. It is clear that these policies are a hindrance to the free exchange and if adjusted, exchange could switch to Naira.

The Lekki Free Zone project is not one without limitation. The LFZ, just like other enterprises, is facing some challenges that need to review before it is too late. Mr Tunde Sodade listed them as including

As can be reasonably expected of projects of this magnitude, the construction efforts displaced some residents. Images of the displacement of Maroko residents may come to mind. However, the displaced residents here seem to enjoy certain benefits. Before the commencement of this project, indigenes perceived the project as a curse with a lot of resistance, opining that it would take away their sources of livelihood. Thankfully, the LFZ authority and other firms have employed the displaced residents as farmers, and in other semi-skilled job positions. Likewise, a development program has been put in place to push the unskilled locals to semi-skilled workers to foster employability and integrate them into the Corporate Social Responsibility (CSR) activities for the community such as road safety building to curb recklessness of commuters, scholarship programs for indigenes, water treatment projects etc. “They are beginning to appreciate its essence as locals have grown from farmers to industry workers needed for this project,” said Mr Wole Adegoke. He added, “under regulation, local farmers are allowed to operate on the undeveloped areas of the zone.”

The Sea Port, when completed, will be one of the deepest in West Africa with a water depth of 16.5ms. It will also stand out as one of the most modern, efficient ports in sub-Saharan Africa boasting the capacity for larger vessels than were previously allowed.

The deep seaport would spread over more than 90 hectares of land, and cost close to $15 billion. The Lekki Deep Seaport will be equipped with the best infrastructure and terminal services to attract and maintain a large volume of shipping line customers. Facilities at the port will include well-designed marine support, containers, dry bulk and liquid terminals, confirming the port as a genuinely multi-purpose port.

The port is one of the significant landmarks aimed at making the Lekki-Epe axis a major attraction in Lagos State, alongside facilities such as the Lekki International Airport as well as the Dangote Refinery and Fertilizer Plans.

The LFZ seems to be a project in development, but due to reasons of slow investment and low patronage, especially from Nigerian enterprises, the completion of the free zone is not estimated or set in stone. As a result, the attainment of its goals and objectives seem far to reach. Its completion, however, will serve as a legacy; a legacy passed down through generations of Nigerians.