By EpiAFRIC and the Africa Polling Institute (API) 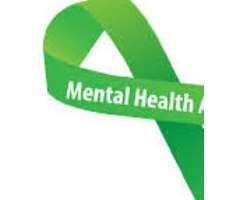 Abuja, Nigeria, January 14th, 2020 – EpiAFRIC and the Africa Polling Institute (API) has today released the Mental Health in Nigeria Survey Report [#MentalHealthInNaijaSurvey]. The report amongst other findings has revealed that there is a poor perception about mental health in Nigeria, as Nigerians identified drug abuse, sickness of the mind, and possession by evil spirits as the three major causes of mental illness.

The survey was conducted by Africa Polling Institute (API) in collaboration with EpiAFRIC as a contribution by both organizations towards creating awareness on mental health and changing the perception about mental health disorders in Nigeria. A total of 5,484 respondents were contacted, with 5,315 interviews completed who were aged 18 and older. All interviews were conducted between September 2nd and September 28th 2019, by Face-to-Face Household Interviews, using a stratified quota sampling technique. The interviews were conducted in five major Nigerian languages: English, Pidgin English, Yoruba, Hausa, and Igbo; and geographic quotas were assigned to ensure the selection of a nationally representative sample proportionately covering all senatorial districts and states, including the FCT.

From the survey, inquiry into awareness of mental health treatment revealed that out of all the respondents surveyed, about 8% of Nigerians claimed they do not think mental health disease is treatable. Nigerians who have the perception that mental health is untreatable were found more in the South-East (13%), and slightly more Nigerians in rural (8%) than urban areas (7%) seem to share this sentiment too. Comparing reasons between why some Nigerians feel mental illness is treatable and why some feel it is untreatable revealed that: for Nigerians who feel it is treatable, 38% of them believe hospitals can provide the necessary help needed to cure mental disorder, while 30% of them acknowledge they know victims of mental health issues who are doing very well. Other reasons given are: belief in divine healing and intervention for a cure (21%), belief in traditional medicine for cure (6%), and lastly, 4% believe that mental health disease is just like any other disease.

For Nigerians who feel mental health illness is incurable, their perception is hinged on the consideration that they see a lot of mentally deranged people around hence, there appears to be no cure for such disease (31%), this is closely followed by 26% of respondents who believe that victims of mental illness are being possessed by evil spirits, “It is a curse from God” (17%), punishment for wrong doing by victims (13%), and lastly, 12% believe it is a very serious condition, and is simply incurable.

In summary, mental health is a state of complete physical, mental and social well-being and not merely the absence of disease or infirmity, while mental health disorder encompasses a wide range of mental health conditions that affect a person’s mood, thinking and behaviour. However, the belief held by majority of Nigerians is that one must display disruptive behaviour that attracts public attention to be regarded as being mentally ill. Hence, this implies that there is a high misconception about mental illness in Nigeria. Therefore, there is an urgent need to educate Nigerians - at institutional and community levels, in order to raise awareness on mental health disorders and improve people’s perception on matters concerning mental health issues. Through Public-Private Partnerships, mental health awareness and the reach of mental health care can be enhanced.