The French Cameroun--Ambazonia Conflict; A bitter Lesson from Colonialism 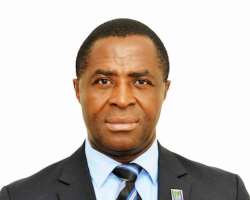 Sisiku Ayuk Tabe, President
The unpleasant aftermaths of colonialism are still plaguing Africa. In 1960 French Cameroun, was granted independence by France. In 1961, The United Nations organised a referendum in the most significant event in the history of the southern and northern parts of the British-administered trust territory of Cameroon. In a referendum that was ill-conceived, the people of the northern and southern parts of the British-administered trust territory were asked on the 11th of February 1961 to determine whether the territory should join neighbouring French Cameroun or Nigeria. The option of independence was not on the ballot having been opposed by Andrew Cohen, the UK representative to the UN Trusteeship Council. The Muslim-majority Northern Cameroons voted in favour of joining Nigeria, whilst the Christian-majority Southern Cameroons voted in favour of integration with French Cameroun. Northern Cameroon officially became part of Nigeria on 1 June 1961 whilst Southern Cameroons became part of French Cameroun on 1 October 1961. On the 5th of January 2018, whilst at the NERA hotel in Abuja Nigeria, with his leadership team, he was abducted in what was later confirmed to be a joint operation by the Nigerian and Cameroonian governments. On the 1st of March 2019, after considering all the evidence, the Nigerian Federal High Court concluded that the arrests and subsequent deportations of the leaders by the Nigerian government was unlawful and unconstitutional. On the 20th of August 2019, the political detainees went through a 19 hours trial ending with life sentences. This was in flagrant disregard of the Abuja High Court Judgement which had demanded that they be returned to Nigeria immediately.

As the leaders continue their fight for freedom from behind bars, the movement that was fashioned to attain independence by peaceful means has now moved into what has become Africa’s newest conflict which has claimed more than 15,000 lives already. There are numerous reports from respected international organisations that the French Cameroun military are committing acts of war crimes. With France and the West uninterested in intervening to bring the conflict to a close, the question that remains is when would this avoidable bloodsshed end and if these two nations will live in peace thereafter.

This Publication was sourced and Supported by: Paulette Mengnjo aka Mama AMBAZONIA, UK.