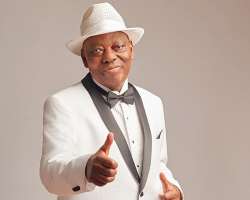 The eternal words of English dramatist William Shakespeare rings true for all generations. ‘Some are born great, some achieve greatness and others have it thrust upon them.’

Aare Okoya’s greatness encapsulates the first two types of greatness. His parents were financially comfortable and so had a pivot to take off from. His dad was a tailor who had five houses in Lagos while his mum was a businesswoman who gave him part of the seed capital he used in plunging into the shark infested waters of Nigerian business.

His formal education stopped at the primary school level as he attended the Ansar-U-Deen Primary school in Lagos state. He must have been a strong willed lad to have convinced his parents that he didn’t need to further his education as it wasn’t poverty that made him quit school so early in life. He said he was discouraged when he observed that his teachers were shabbily dressed compared to the businessmen he met at Dosunmu street – the heart of business in Lagos at the time which was the major raison d ‘etre for his not been too keen on a western education.

He started out as an apprentice in his father’s shop and learnt the ropes of business from him as he was his first business mentor. He started out by selling buttons and zips and later by going to Japan to bring them into the country.

He later delved into manufacturing when he established the Eleganza Group of Companies. His company manufactured biros, flasks, shoes, buttons, jewelry amongst many others. He invested heavily in the acquisition of state of the art machines as well as in human capital by ensuring that his members of staff were regularly abreast with the latest trends in the industry.

He has a hard nose for business and can spot economic opportunities miles away. He went into real estate very early in life – when he was barely nineteen as he set up RAO Properties. In his words which were gleaned from the Thisday Newspaper he said: “My breakthrough in business came at the age of 19. I had built a house at Surulere,” Chief Okoya reveals with a sense of rich humility. That’s a sentence in the story of his life.

By the age of 21, he boasted of four houses at Surulere. At about 34, he had acquired a property on Ikoyi Crescent; four hectares of land in the heart of Ikoyi. By the time he clocked 40, two high-rise buildings had been added to his name.

“For instance, I started with one item and over the last six decades, we have metamorphosed. From selling tailoring accessories such as buttons and zips to the manufacturing of coolers and later dabbled into real estate. Today, we are producing weave-on for ladies. We produce soaps, chairs, etc.”

He is an apostle of the diversification or multiple streams of income as well as a robust passive income plan which his life has shown. Eleganza has weathered the storms all through the decades and waxes stronger day by day despite the daunting challenges that made many of his competitors close shop or relocate their operations to neighbouring African nations as they found it impossible to scale their businesses.

Living up to eighty years of age in the so called ‘Giant of Africa’ where the life expectancy is a mere fourty-seven years is a great feat to be very grateful to the Almighty for. His health is also very sound and he can give men half his age a good run at the tracks. It is imperative that he writes or a biography is written about him so that the next generation especially of business leaders can learn one or two lessons about business and life from him. With the proliferation of universities across the country, the business model of his manufacturing interests should be studied in all the Faculties of Business Administration as it is only the real sector that can massively create jobs to reduce the mind boggling unemployment burden that the nation has unfortunately been plunged into.

The business mogul indicated his interest to see his massive empire outlive him – many businesses in Nigeria and Africa tend to die with their founders and so this is a novel step in the right direction as he will stand out from the pack.

We pray the Almighty Allah grants him many more years on earth so that he can continue to serve his countrymen and African brothers better. We also urge the Lagos state government where his business is headquartered to name a monument after him while he is still alive so that it can serve as an inspiration to the youths that hard work indeed still pays.