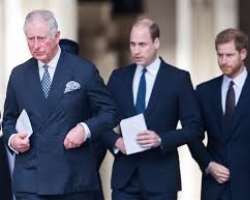 The monarch will meet Prince Harry, Prince Charles and Prince William to sort out the next stage of the Duke of Sussex's proposals to quit the royal family with his wife Meghan.

The Queen has summoned Prince Harry to meet with her, Prince Charles and Prince William for an emergency summit at Sandringham on Monday to sort out the next stage of his proposals to quit the royal family with his wife Meghan.

Following a series of top level meetings between senior royal aides, government mandarins from the UK and Canada and police forces including the Met Police, a series of proposals have been drawn up to formulate a working plan to try and appease the Duke and Duchess of Sussex who have demanded a way out of their royal lives.

The four principle members of the royal family will be given written briefings to digest before they meet in person for the first time since Harry and Meghan publishes their bombshell statement announcing their intention to resign from their royal roles immediately so they could pursue a life earning millions of pounds.