Liberians Smell Threat Of War Against Liberia By Iranians; Calls On USA & Iran To Host Peace Talk Through Conflict Resolution 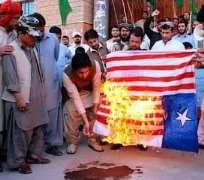 Our country is reminded of what history told her about the bombing of the Japanese cities of Hiroshima and Nagasaki during the World War II. On August 6 and 9, 1945, respectively, with the help of the United Kingdom as required by the Quebec Agreement, these two cities were destroyed by the United States, with atomic bombs made of uranium 235. Since then, it has remained the only use of nuclear weapons in armed conflict.

Between 129,000 and 226,000 people, most of whom were civilians, died from the two bombings in these cities. Moving forward, we will like to caution the government and people of Iran that the war they are in with the United States of America should be negotiated or abolished where necessary.

Moreover, we as citizens of Liberia will like to call on the two nations – United States and Iran, to initiate a peace talk or agreement in an effort to abort the rising tension in the Middle East, as war brings no benefit but to exploit the nations involved, damage natural resources, destroy infrastructures, leave citizens homeless, and undermine means of production.

Taking the Liberian flag for the United States flag is dangerous and it poses very serious national and international catastrophe to the peace and security of Liberia as well as the mutual cooperation between Iran and Liberia.

The Iranian nation needs to be reminded of this threatening action of her citizens against our African nation. Though the Liberian and American flags have eleven stripes of which six are red and five are white, and thirteen stripes of which seven are red and six are white respectively, the American flag has fifty stars and the Liberian flag has only one star.

They need to be very careful. Like other peaceful nations in Africa and around the world, Liberia under H.E. George Weah is a very peaceful nation that encourages developments and international relationship or cooperation as it stands in pursuit of one nation, one people, one destiny.

Turning our flag upsidedown and lighting fire on it is vandalism and symbolic war against our nation. We condemn this act in the strongest term. We are therefore cautioning the government and people of Iran to put a stop to the desecration of the Liberian flag and abolish the threat of war against our motherland.

However, we are also calling on the International Community to intervene into the growing tension between both countries as it instills fear in their citizens, and encourage both the United States and Iran's Foreign Diplomats to host a peace talk through conflict resolution.

About the author: Alpha G. Gray is a youth and student leader, a civil society activist, a community developer, a social change maker, a writer, an innovator and Pan Africanist whose interest is to improve the living conditions of others through the formulation and implementation of community initiatives, volunteerism, and national service. Alpha G. Gray is a student of the University of Liberia and the African Methodist Episcopal Zion University studying Biology and Chemistry with special emphasis in Medical Science and Criminal Justice with special emphasis in Crimes and Correction respectively. He is very passionate about Education, Volunteerism, Advocacy, Leadership, Publication and Public Speaking. His favorite quotations are: “A man that does not see what to die for has no genuine reason to live” and “We will continue to be followers to those we are capable to lead, if we fail to identify who we really are.”