AHRC is Deeply Concerned with the Dramatic Developments in the Middle East, Calls for Dialogue and Peace: 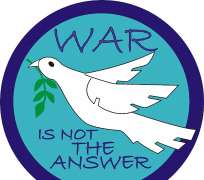 The American Human Rights Council (AHRC-USA) expresses its deep concerns regarding the serious and dangerous consequences of recent developments in the Middle East as a result of the assassination of Maj. Gen. Qassim Suleimani in Baghdad, Iraq. Suleimani is one of the most influential Iranian officials in Iran and the region.

Regardless of the different views and the heated debate about this action, legal scholars seem to agree that the assassination constitutes an act of war and is a violation of international law since Suleimani is a state official.

In addition, such a sensitive military operation and escalation merits formal and direct consultation with the US Congress and all of parties concerned. Such an escalation has serious consequences for American interests in the region. Protecting the American national interests and national security is not a one-sided issue, it is a common responsibility for Democrats and Republicans alike.

This assassination should be seen in the larger context of the violence and the turmoil in the region that has millions of human beings paying the price of an elusive peace. AHRC does not believe that targeting and killing of any one person will bring meaningful change or stability to the region. There are a number of complex issues that are bigger than any one person that need to be dealt with seriously. The looming war and/or possible retaliations and counter-actions will only aggravate an already chaotic violent situation.

AHRC is very alarmed by President Trump's declaration of intent on targeting civilian cultural sites in Iran if Iran retaliated. AHRC affirms that it is a violation of international law and American strongly held values to target cultural sites. A number of American legal scholars have criticized this threat of acts that violate international law.

It is understandable that many people have strong feelings about the developments in the Middle East. But we urge reason and rationality guided by respect for human rights, international law and international norms. By adding fuel to the fire, rhetorically or otherwise, we are risking more destruction with no resolution of the issues that are at the heart of the conflict.

AHRC calls for peace and dialogue. AHRC stands against war as it will only victimize innocent civilians and result in loss of lives. There is already too much misery and too many deaths in the Middle East.

"We are deeply troubled with the recent escalation in the Middle East and we see ordinary human beings paying the steep price in their lives and in the future of their children," said Imad Hamad, AHRC Executive Director. "We call for a peaceful dialogue that resolves all outstanding issues between the US and Iran and puts human beings and their human rights at the center of the conversation," concluded Hamad.