US Advises Citizens To Leave Irak As Tension Rises 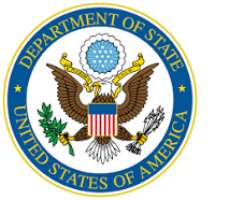 The U.S. State Department on Friday issued a directive to American citizens to depart Iraq immediately because of the heightened tensions in the region as Secretary of State Michael Pompeo called for de-escalation with Iran.

Pompeo said in a round of interviews Friday morning that the U.S. urged Iran to “de-escalate” but is prepared for a response after President Donald Trump ordered an airstrike that killed Iran’s most powerful general. Iran’s Supreme Leader has threatened “severe retaliation.”

“We don’t seek war with Iran,” Pompeo told CNN Friday morning. “But we, at the same time, are not going to stand by and watch the Iranians escalate and continue to put American lives at risk without responding in a way that disrupts, defends, deters and creates an opportunity to de-escalate the situation.”

The top U.S. diplomat said the administration hopes the Iraqi people respond by demanding their leaders to tell Iran to stop their “shenanigans.”

Trump also appeared to signal that he viewed talks as Iran’s only route out of the crisis, saying on Twitter that “Iran never won a war, but never lost a negotiation!”

But the comments from Iran’s Supreme Leader and other officials show tensions may only rise further.

Qassem Soleimani, who led proxy militias that extended Iran’s power across the Middle East, was killed in a strike in Baghdad authorized by Trump, the Defense Department said in a statement late Thursday. The president had no immediate comment, but tweeted the image of an American flag while the U.S. embassy in Baghdad urged its citizens to leave the country.

“Due to Iranian-backed militia attacks at the U.S. Embassy compound, all consular operations are suspended,” the State Department said on Twitter earlier Friday. “U.S. citizens should not approach the Embassy.”