As we welcome a ‘new decade’ 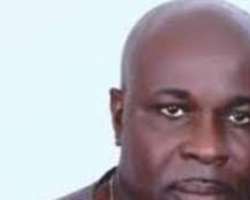 In this reflection I am using the phrase welcoming a ‘new decade’ very cautiously as I am mindful of the controversy over whether January 1 2020 should be regarded as the beginning of a new decade or the end of the last decade. For those who argue that 2020 is the last year of the current decade, not the beginning of a new one, their argument is that because there was no Year Zero when the current era began more than 2,000 years ago, all decades, centuries and millennia begin with Year 1 such as 1-10, 11 to 20, 1991 to 2000, 2011 to 2020, meaning that 2020 is only the end of the last decade. However in a recent YouGov survey, 64 per cent of Americans said January 2020 is the beginning of a new decade, not the end of the last one. Many of the respondents argued that because people use the term ‘decade’ to discuss culture and chunks of history, it should run from 0 to 9, not 0-10. They also argue that the definition of a decade is just any 10-year span, and that where the first count begins is fairly arbitrary. I align myself with this ‘non-professional’ view.

My aim in this piece is to reflect on a few issues that impacted heavily on national discourse in the last ten years.

One of the remarkable debates during this period is on the nature and trajectory of the current wave of the country’s democracy, which formally started on May 29 1999. Though democracy is a journey, not a destination, it has rather been a bumpy ride for the country. Luckily the democratic train has kept moving and has not fallen off its tracks. In what may perhaps be regarded as a consolation, some have made a distinction between mature democracies and societies in transition. The argument is that for societies in transition such as ours, democracy will actually aggravate the structures of conflicts in the short to medium terms because the free speech guarantees of liberal democracy will unleash many bottled up feelings from the era of authoritarianism. Following from this, it could be argued that some of the hiccups from our current democracy journey such as the rise of separatist groups and the widening of social distance among Nigerians, are ‘normal’ in this period of transition.

In transition societies, the chances of democratic reversals are quite high. This largely explains why each of the governments we have had since 1999 made efforts to constrict the democratic space. For instance, under Obasanjo politics was literarily defined as a do-or-die affair, with a sitting governor kidnapped and some high-profile politicians like Bola Ige murdered. Obasanjo also used state agencies like the EFCC as attack dogs on his political opponents including instigating a Kangaroo impeachment of Governors he fell out with. Under Yaradua, the killing of hundreds of members of the Boko Haram in Bauchi and Yobe in 2009, including the extra judicial killing of the sect’s leader Mohamed Yusuf, helped to radicalize the group. Though the Buhari government claims it has degraded the terrorist group, the government seems unwilling to acknowledge the capacity of the group to re-invent itself. For instance from initially attacking soft targets through suicide bombing, it now takes the fight to hard targets such as military bases.

Under the ‘amiable’ Jonathan government, the police orderlies of Aminu Tambuwaal, then Speaker of House of Representatives, were suddenly withdrawn after he decamped from the ruling PDP to the then opposition APC. Under Buhari not only are court orders being flagrantly disobeyed and regime critics detained, the government is mulling policing the internet and regulating the social media.

The good thing however is that Nigerians are not easily cowed. Nigerians and the Nigerian media remain boisterous and critical of government policies they are unhappy with. In essence, while our democratic journey may be moving in a zigzag fashion, the journey seems to be progressing all the same – despite the bumps and the snail pace of the ride.

On the economic front, quite a number of bold steps were taken over the years. While some successes were recorded such as in the telecoms sector (most Nigerians in urban centres now own mobile phones compared to the situation ten years ago) and in the internet sector (the country has one of the highest internet penetration rates in Africa), there seem to have been reversals in other areas. For instance following the rebasing of the country’s GDP in 2013, the country not only became the largest economy in Africa but the 26th largest in the world. It was also at that time said to be one of the fastest growing economies in the world. In fact in 2014, Nigeria was included in the MINT emerging economies. MINT is a neologism referring to the economies of Mexico, Indonesia, Nigeria and Turkey. The term was originally coined by the Boston-based asset management firm Fidelity and popularized by the British economist Jim O’Neil, a former Goldman Sachs analyst, who had in 2011, coined the acronym BRIC to refer to the economies of Brazil, Russia, India and China (BRIC was later turned to BRICS when South Africa was bracketed into the group).

The inclusion of Nigeria among the MINT economies raised hopes that it could spur the country to struggle to become a member of the G20 – as other MINT economies were. In the same 2014, Filipino billionaire, Enrique Razon, was quoted as declaring during the closing activities of the World Economic Forum in Davos, Switzerland in 2014, that Nigeria was the best place in the world to invest that year.

Remarkably just like our democracy journey, the trajectory of our economic progress has been up and down – to put it mildly. For instance a report by the World Poverty Clock in 2018 showed that Nigeria has overtaken India (which has seven times its population) as the poverty capital of the world, with 86.9 million Nigerians said to be living in extreme poverty. Also though the Obasanjo government paid off Nigeria’s external debts to the London and Paris clubs in 2005 (when it paid off about $30 billion in accumulated debt to the London and Paris clubs for about $12 billion - an overall discount of about 60 per cent), Nigeria has once again turned into a heavily indebted country. For instance while Nigeria’s total public debt stock in 2015 was $63.80bn, (comprising $10.31bn of external debt and $53.49bn domestic debt), by June 2019, the total debt stock was $83.883bn, (made up of $27.163bn of external debt and $56.720bn of domestic debt). Despite this debt profile and the increasing depletion of our foreign reserves, the Buhari government still wants to borrow another $30bn (equivalent to our total debt to the Paris and London clubs by 2005 when phrases like ‘Debt burden’ and ‘Debt Overhang’ spurred various global movements for debt forgiveness or cancellation of the indebtedness of African countries). While the Buhari government says it is borrowing to invest in infrastructure, many have wondered whether it was not precisely similar excuses that previous governments used to accumulate the debts that Obasanjo’s government paid off on a discounted rate in 2005. People also wonder what happens to the billions of dollars the various anti-corruption agencies such as the EFCC and the ICPC often claim they have recovered.

Another major issue in the last decade is the farmers-herders conflicts across country. Though the issue predated the Buhari government, it became more generalized across the Southern parts of the country (rather than confined largely to Benue and Plateau states that used to be the epicentres of the conflict). While the primary cause of the conflict is struggle over environmental resources such as water and grazing land, the issue also conflates with the religious and ethnic divides in the country. For instance because Buhari, a Muslim Fulani, has not been able to show ‘tough love’ to the Fulani herdsmen (as Obasanjo did with the OPC for example), there have been suggestions that he treats them with kids’ gloves only because he shares the same ethnic and religious identities with them. In essence, while the primary cause of the conflict is economic and environmental, the mismanagement of the optics of the conflict means it now has conflated with ethnicity and religion.

In general, in the last ten years, there has been sharp contestations over the bases of the country’s statehood – with words like ‘restructuring’, ‘power shift’, ‘true federalism’ and ‘resource control’ used as arrows in the contests. Remarkably, under Obasanjo and Jonathan, (both presidents from the Southern part of the country), the contestations came mostly from the North while under the Buhari, a Northern Muslim, the challenge comes predominantly from the South and from Christians.