Christmas, MFM and the “Where is it in the Bible?” Christians 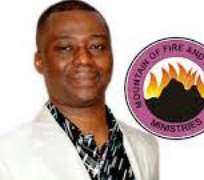 I have just read the position of the General Overseer of Mountain of Fire & Miracles Ministries, Dr Daniel Olukoya, on Christmas, followed by an official statement from the church’s Public Relations Officer, one Mr Collins Edomaruse, strengthening that position, and wish to state that it is sad, painful and unfortunate that such a man held in otherwise high esteem among his followers as a “preacher” could exhibit such level of ignorance and hypocrisy.

But before I continue, let me reproduce the response of another Christian leader, Fada Chinenye Oluoma, concerning the issue as posted on his Facebook page:

“I wanted to pretend I didn't read about the G. O who said 'Christmas' is not in the Bible and so shouldn't be celebrated. It's the same funny mentality of those who confuse terminology with theology. Easter as a term is not in the Bible but we celebrate Easter because it's an event and a mystery recorded in Scripture. (It is the) same with Christmas, it's not the term or calendar date we celebrate but the event and mystery. One day, someone will wake up tipsy on 'anointing' and tell me to tell him why I call myself a Catholic since that term doesn't exist in the Bible. (The) same folly can be extended to all churches because no church has a name that's used for a group of church members in the Bible. A Pentecostal church that says it doesn't celebrate Christmas because the term doesn't exist in the Bible but calls itself a Pentecostal church is just a comic contradiction. Pentecost means 50th day, it was an agricultural feast that had nothing to do with the Holy Spirit until that particular year that the Holy Spirit fell on the Apostles in Acts 2. Even after that there is no record in Scripture that the Holy Spirit fell on other people on Pentecost Day. If I wanted to be 'an anointed idiot' I would have been going round condemning Christians who identify (themselves) as Pentecostals, quizzing them to show me where it's in the Bible that a group of believers were referred to as Pentecostals or to prove to me where any group of Christians celebrated Pentecost in the Bible. Yet, common sense dictates that it's neither terminology nor semantics we identify as Pentecostal but the reality and mystery of the Holy Spirit.

“Whoever adjectivised SENSE with COMMON hasn't experienced this generation of WHERE IS IT IN THE BIBLE intoxicated Christians. Common sense is very rare. The Bible is not a dictionary or history book, it's more of a theology than terminology. When you want to use the Bible to validate or invalidate any religious practice, you look for the biblical theology about it, not the terminology. Mothers’ Day, Fathers’ Day, Children's Day, etc are not in the Bible, but the Bible doesn't have anything against their celebration. It's only a religious ignoramus that will condemn those celebrations and get pious zombies to follow suit. If you care to know, there are many things we do in life that are not in the Bible and God isn't angry (about them) at all. Traditional marriage, village meetings, Cross Over vigils (these 'Show Me Where It's In The Bible' folks who are addicted to 31st December Cross over vigil don't even know ‘it's not in the Bible’ in their sense), birthday parties, wedding anniversaries etc are not in the Bible.

Finally, someone needs to tell Dr Olukoya that MFM has a football club, I've been searching for it in the Bible and couldn't find it, abi no be MFM get that football club? Some nonsense must stop this 2019 o, let me come and be going”, he concluded in pidgin.

Need I add more?
But for the purpose of emphasis, and to break every heart of stone standing against the celebration of the birth of our Lord Jesus Christ because they cannot find it in the Bible “in their own sense” as Fada Oluoma puts it, Dr Daniel Olukoya made that statement against the celebration of Christmas during his weekly “Manna Water” service. Excuse me Sir, where is it in the Bible that we should hold a weekly “Manna Water” service, whatever that means? O, so, Dr Olukoya finds it convenient to attempt to replace the celebration of Christmas with his Manna Water service or with whatever programme he chose just to prevent his members from partaking in what he termed “idolatory” celebration (Christmas) whose origin he traced to ancient Rome but sees no sense in replacing the same idolatory festival with Christmas so as to diminish that festival and make the lessons of Jesus’ birth more popular thereby spreading the Gospel through that means?

Does Dr Daniel Olukoya reckon that but for the celebration of Christmas on the symbolic date of 25thof December, that idolatory festival he said Christmas was replaced with could probably have been as popular as Christmas itself today, thereby restricting the knowledge about Jesus Christ compared to what it is now? The fact is that, if the Olukoyas or the MFMs are not trying to be clever by half, or even crusading against evangelization, they would have known that there is no other event in world history that has helped to spread the awareness about Jesus Christ to the ends of the earth like Christmas. From Communist China to Saudi Arabia, from North Korea to India, from Iran to Russia, from United Arab Emirates (UAE) to Pakistan, nearly everyone in the world has come to know one thing or the other about Jesus because of Christmas Day. No matter how Antichrist a nation is, it can never do business with the USA, for example, on Christmas Day, because such a nation would be told in no uncertain terms about the holidays declared to celebrate the birth of our Lord Jesus Christ! It is the same with other nations where Christmas holidays are declared, and that is a plus for Christianity worldwide. But the Olukoyas are futilely attempting to diminish that mileage!

Lastly, where is it in the Bible that Jesus Christ asked us to pray that our enemies should die? Nowhere! But that is a cardinal prayer point of Olukoya’s MFM.