"I Think Haiti's President Jovenel Moise Should Resign So The Protests Can Stop", Said Werley Nortreus 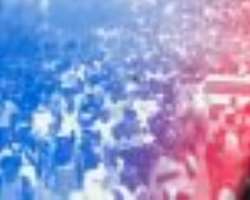 According to reports from Bon Déjeuner! Radio or BDR! Live, the 26 years old Leader Werley Nortreus has advice for the current President of Haiti Jovenel Moise and he hopes Jovenel Moise listen to him and resign before it's getting worse. From 2017 until 2019, the Haitian population has taken to the streets to protest then burn a lot of businesses across Haiti because they are angry and humiliated by the main Leader of Haiti Jovenel Moise that they trusted. Unfortunately, the Haitian population said that their main Leader Jovenel Moise betrayed them when he accepts to run by the enemies of Haiti, so they want his resignation before it gets worse again in 2020.

"I think the current President of Haiti Jovenel Moise should resign before more protests take place in 2020 because I realized that the Haitian population won't stop protesting until he steps down along with his political party.", said Werley Nortreus, during an interview with BDR! Live.

All political actors and the opposition leaders in Haiti believe that the current Haitian Government led by President 'Jovenel Moise' and his PHTK friends are against Haiti. From 2017 until today, the U.S. Government sent so many Diplomats like Michele Sison, Kelly Craft, David Hale, and others to sit down with the current President 'Jovenel Moise' and other political actors in order to have a new Government, but all the leaders rejected the meeting, except 'Jovenel Moise' and PHTK. From 2016 until today, thousands of people in Haiti have taken the streets to demand a new government because the majority of Presidents and Prime Ministers who used to be in power failed them. All the protests and chaos in Haiti mean that the population in Haiti doesn't want a new Government established by the U.S. or anything else but by them.

During the year 2018, the U.S. Citizens and all the U.S. media were not ashamed to call Haiti a 'shithole country' after all, even when Haiti is part of America and the United Nations. Honestly, the U.S. Citizens and the U.S. media wouldn't dare to call Haiti names if the Haitian Revolution leaders like Toussaint Louverture, Jean-Jacques Dessalines, and the others were still alive because they would declare war immediately for the disrespect.

Sadly, the Haitian population was surprised to see how the current Haitian Government was quiet when the U.S. called Haiti a 'shithole country'. Let's not forget that Haitians are the first black nation that won a successful anti-slavery and anti-colonial insurrection. Because of that, the people in Haiti believe that the U.S. along with some other countries and the puppets that the U.S. put in power are responsible for all the misery and poverty that's going on in Haiti. Let's not forget that the countries in America are well-developed and rich in industries but how come Haiti never prosper, even when Haiti is part of America and the United Nations.

"I think the current President of Haiti Jovenel Moise should resign before more protests take place in 2020 because I realized that the Haitian population won't stop protesting until he steps down along with his political party.", said Werley Nortreus.