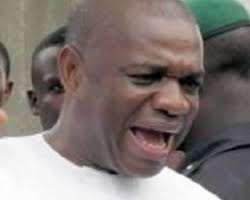 Jailed Senator Orji Uzor Kalu’s hope of spending the Christmas with the family was dashed in Lagos today.

A Federal High Court dismissed his request for bail, pending his appeal of a 12 year sentence passed on him early December.

The court ruled that the application for bail lacked merit.

He was sentenced to 12 years imprisonment. Kalu’s company, Slok Nigeria Limited, which he used to defraud Abia State was forfeited to the Federal Government of Nigeria and the EFCC has begun the process of winding up the company and seizing assets.

Also, his aide, Jones Ude who was the Director Of Finance in the Abia State House was sentenced to a five-year jail term.

The presiding Judge, Idris described money laundering offence as a crime against humanity.