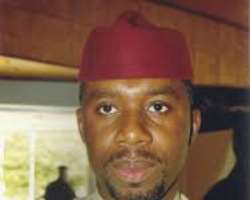 The Supreme Court has nullified the candidature of Mr Uche Nwosu as governorship flag bearer of the Action Alliance (AA) in the 2019 general election in Imo State over the double nomination.

The Apex Court, in its judgement delivered by Justice Adamu Augie on Thursday, said Nwosu was not qualified to vie for the election as he doubled as both the candidate of the All Progressives Congress (APC) and Action Alliance (AA).

Nwosu had won the nomination to contest under APC but the internal wrangling within the ruling party made it impossible for him to be presented as the party’s candidate, which necessitated his defection to AA at the last minute.

The Supreme Court held that by virtue of Nwosu’s double candidature and in line with the clear provisions of the Electoral Act, he was bound to be disqualified from the election and affirmed the judgments of the High Court and the Court of Appeal.

A chieftain of the Action Peoples Party (APP), Uche Nnadi had earlier dragged Nwosu to the Federal High Court where the court held that he was not qualified to stand for the election based on the fact that he already had a valid ticket of the All Progressives Congress (APC).

The Supreme Court in its judgment dismissed Nwosu’s appeal, saying that he cannot benefit from his iniquity and also dismissed the argument by Nwosu’s lawyer that the suit is stature barred.

Justice Augie said, ”The appellant cannot be allowed to benefit from his own iniquity. The action is not caught up by limitation of time. This case rest on the issue of illegality and this court cannot be used to enforce illegalities. This appeal is hereby dismissed.”