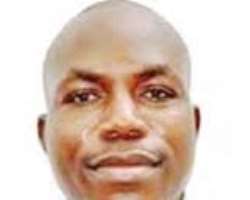 "The best journalism promotes public accountability of the powerful and encourages a well-informed citizenry."

- School of Journalism, University of Texas.
"Our first object should therefore be, to leave open to him (the citizen) all the avenues to truth. The most effectual hitherto found, is the freedom of the press. It is, therefore, the first shut up by those who fear the investigation of their actions."

"The basis of our governments being the opinion of the people, the very first object should be to keep that right; and were it left to me to decide whether we should have a government without newspapers or newspapers without a government, I should not hesitate a moment to prefer the latter."

I have read and re-read a piece by a self-identified teacher of Journalism, Mr. JAMIU FOLARIN on the widely circulated Editorial View of the the PUNCH Group of Newspapers that called out the current junta of Major General Mohammadu Buhari on its tyrannical and fascistic practices.

Reading through his submission, I could not but be filled with trepidation as to the future of my beloved profession of Journalism. It is a sad day for the profession of Journalism when throwing down the gauntlet for an overbearing government leading the polity into anarchy is considered a violation of ethics. Very sad day indeed.

Mr. Folarin had written inter Alia:
"As journalism educator with over a decade experience as a journalist, I submit that it is a clear case of unethical practice if not even illegal for a newspaper to take such an editorial stand."

His submission in this quote is an aberation of normative practices of Journalism. It is a disregard of and for, as well as contamination of long standing ethos of the profession to expect a media house that has any iota of independence not to be able to take a stand against what it believes to be a threat to the people and the polity.

I have no idea which School of Journalism he attended. I don't know how much History of Journalism he has availed himself of and with. But it is evident that Mr. Folarin is obviously, thoroughly confused and misguided about what the role of the Fourth Estate is supposed to be and expected to be in any circumstances, sane or insane.

Mr. Folarin also espoused as follows:
"It must be stated that it is within the purview of the Punch newspaper to write an editorial to express opinion back with facts. Such opinion is however alien to news presentation. When a newspaper takes an editorial decision to reflect its view in news presentation and not limited to articles, features or editorial comments, then it has crossed the ethical lines."

What Mr. Folarin failed to tell us and the PUNCH Group is whose opinion is it that Mohammadu Buhari is a Major General? Is it not an extant fact? Are there no supportive, also extant facts that there are violations of Court Orders, extra-judicial murders and killings, endless detention of citizens, unjustified arrests, violation of basic human rights et al?

Duty is a moral commitment to something or someone. Responsibility is a condition of being responsible. Obligation is an act or course of action to which a person is morally or legally bind; a duty or commitment. All of these three words rolled into one put a titanic task on Journalism and Journalists.

Any teacher of Journalism that is arid of this understanding would, most probably, teach nonsense to his students. He would mislead and misguide them. All the arms in a governance of any polity have their roles and mission and are independent of others, even under a dictatorship. It is now left to each institution, its defenders and purveyors to fold in the face of aggression, and a virulently hostile one for that matter, from any quarter, or stake its grounds.

The earliest known journalistic product was a news sheet circulated in ancient Rome: the Acta Diurna, said to date from before 59 BC. The Acta Diurna recorded important daily events such as public speeches. Even, when the authorities of Rome put up their notices on Acta Diurna, they do so for the public. Acta Diurna introduced the expression “publicare et propagare," which means "make public and propagate." This expression was set in the end of the texts and proclaimed a release to both Roman citizens and non-citizens. (Readers should please, note the words "public" and "citizens" as opposed to "government").

The objective of Journalism is to promote for the public benefit high ethical standards in journalism, based on core principles of truth and accuracy, independence, fairness and impartiality, humanity and accountability. Note the underlined words, " public benefit" and not "government benefit."

Robert McChesney in his book, THE PROBLEM OF THE MEDIA, made the following observations:

"Democratic theory posits that society needs journalism to perform three main duties; to act as a rigorous watchdog of the powerful and those who wish to be powerful; to ferret out truth from lies; and to present a wide range of informed positions on key issues."

He then posited that Journalism and its practitioners, the whole media system, should make this form of Journalism available to the citizenry. Again note, that McChesney did not say "government" but the "citizenry."

Chief Obafemi Awolowo, himself a journalist who edited Daily Worker and founded the oldest privately own newspaper in Nigeria, The Tribune Group, had in 1961, posited in a lecture as follows:

"But the competence and character of politicians (government and its officials) must of a necessity be examined in the full glare of public limelight Because what is at issue is the welfare of the community or nation. In the management of private affairs, a gross mistake would only affect the fortunes of one man or a family or a small group of persons. A serious error of judgement in the management of public affairs might adversely affect the lives and fortunes of millions of people."(words in parenthesis mine).

Again, notice the reference and the concern for the "people."

Thus it goes without saying that the media, while it must be fair to all sides on any issue, has no obligation whatsoever, in any shape or form, to protect the government against the people but TO PROTECT THE PEOPLE AGAINST THE GOVERNMENT. This is not an opinion, it is the norm.

While I am still shuddering at the audacity of this self identified teacher of Journalism to characterize the action of the PUNCH Group as "illegal," I am also wondering if he was flying a kite for the current junta in the Aso Rock. I am wondering if he is setting up a basis for the invasion and emasculation of the Group's freedom of information dissemination. Mr. Folarin still have work to do. He needs to come out one more time, for the sake of his students to explain to the world which of the five core principles pointed out above has been violated by the PUNCH Group.

The PUNCH Group has violated no rule or ethics. It is doing exactly what it is supposed to do, which is to call out tyranny and abuse of office deployed to persecuting the people, thereby injuring the welfare and the well-being of the polity. It is evident that this teacher of Journalism, is calling to question his own knowledge of the TRUE TRADITIONS OF JOURNALISM, its purpose, functions and roles in the polity and its responsibility to the people.

When Thomas Jefferson postulated that he would prefer to choose free press over a government, he had the likes of Mohammadu Buhari, the tyrants, the fascists, dictators and authoritarians in mind. He had those who destroy THE RULE OF LAW and engender the THE RULE OF ANARCHY in mind. Please, not that this was a politician himself, who was successful enough to be the President of his own country after holding several other positions.

It is the responsibility, duty and obligation of the press to challenge tyranny in whatever fashion as anchored by Buhari and all its vestiges. There is no sideline for the PRESS to stand in the war against TYRANNY. For the PRESS to remain on sideline would be to jeopardize its existential survival.

The PUNCH is doing its duty. It is carrying out its obligation to the polity. The author of the piece under focus is thoroughly misguided and he is misleading his students. With teachers like him, JOURNALISM IS AT GREAT RISK.