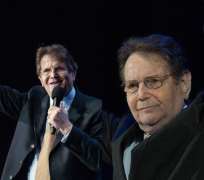 The Christian Pentecoastal movement was pioneered in the United States in the turn of the 20thcentury. Their emphasis was on the need for its members to be materially prosperous while on their earthly sojourn.

They preached less on the business of eternity and were more emphatic on living the best in terms of material possessions and anything that money could buy. It took the law of tithing to another level. They also performed miracles, signs and wonders as a way of drawing more members to their fold.

The pentecoastal movement took deep roots in Nigeria in the 1980’s when the General Ibrahim Badamosi Babangida led regime was hell bent on impoverishing the citizens of the ‘Giant of Africa.’ The message of instant prosperity appealed greatly to the teeming masses who now looked up to God instead of the government for their economic salvation.

Evangelist Reinhard Bonnke was a friend of Africa as his Christ for all Nations Organization berthed in the ‘dark continent’ in 1967 spreading to almost all the fifty-four countries of the world’s second largest continent. He claimed to have the calling to bring most Africans to Jesus Christ and devoted fifty-two years of his life for that purpose. He also claimed to have witnessed several resurrections which only affirmed him as a ‘mythical’ figure to his teeming African fans.

His organization claimed that he brought about seventy-nine million African souls to Christ. His charisma and common touch – the male version of the Late Princess Diana made him a much loved figure in the continent bedeviled by terrible political leadership. His preaching gave hope to the beleaguered African souls who sought respite because of the curse of leadership that they were emotionally and psychologically battered with. He stepped in as a Deux Machina to provide a soothing balm through his touching Gospel messages and made him reign in the hearts of many of the continent’s have nots and even haves alike.

Nigeria, the most populous nation in Africa was a prime target for the evangelism mission of the German-American.

In 1991, the streets of Kaduna boiled with his widely advertized entry into the volatile state that is a melting point for Nigerians. He was alleged to have made an anti-Islamic statement and the fanatical Muslims didn’t want his physical presence in their state. Despite the fact that he had a police permit to hold his religious rally, thousands of Muslims took to the streets and a riot ensued which left about eight people dead.

Eight years later, he was in the ancient city of Benin for a religious crusade. Unfortunately, a stampede broke out as many of the faithful scrambled to have a better view of their beloved Man of God. Sixteen people kicked the bucket as a result.

A rally held the following year in Lagos was said to have drawn about 1.6 million people – his famed healing powers which he said came directly from God was the magnet that drew the crowds to him.

He had a farewell rally in Nigeria in 2017 before stepping down from his exalted position due to health challenges – a rare trait lacking among African leaders in all spheres of life. It took a law to get the General Overseer of the Redeemed Christian Church of God (RCCG), Pastor Enoch Adejare Adeboye to step down as the Head of the Church in Nigeria. He then quickly made himself the Head of the Church worldwide so as to perpetually assert his authority till probably he breathes his last. We recall that the late Robert Mugabe planned to do a similar thing until the military stepped in via a bloodless coup d’etat to send the 93 year old sit-tight dictator packing. Africa is certainly in need of more Nelson Mandelas.

He certainly was no poor disciple of Christ as the Associated Press once reported in 2014 that he lived in a $3 million apartment near Palm Beach in Florida – a far cry from his master Jesus Christ who had no place to lay his head.

His Christ for all Nations witnessed an exponential growth in his lifetime and now has branches in the United Kingdom, United States, Germany, Brazil, Canada, Czech Republic, Nigeria, South Africa, Singapore, Hong Kong and Australia. His pamphlet ‘Minus to Plus’ was distributed in excess of well over ninety-five million copies and also hosted ‘fire conferences’ in many countries of the world to train and equip young leaders for evangelism.

Many tributes have poured in at his demise at the age of 79. President Muhammadu Buhari, a Muslim wasn’t left out as an official statement from his office read:

President Buhari affirms that Bonnke’s crusades in Nigeria, across Africa and the globe strongly accentuated the message of Jesus Christ, & his vision and zeal for the salvation of souls clearly helped the world in understanding the power of love & kindness as universal language.

We hope that his soul finds eternal rest in the Bosom of the Lord and his successors will maintain his zeal of spreading the Gospel in an increasingly hostile anti-Christian world.