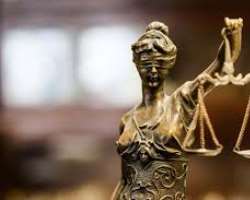 The Federal High Court sitting in Lagos in a landmark judgment has ordered the Federal Government to “recover pensions collected by former governors now serving as ministers and members of the National Assembly, and directed the Attorney General of the Federation and Minister of Justice Mr. Abubakar Malami, SAN to challenge the legality of states’ pension laws permitting former governors and other ex-public officials to collect such pensions.”

A certified true copy of the judgment delivered last week was obtained yesterday.

The judgment by Justice Oluremi Oguntoyinbo followed an application for an order of mandamus in suit number FHC/L/CS/1497/2017 brought by the Socio-Economic Rights and Accountability Project (SERAP).

The judgment is coming on the heels of the invalidated pension law for former governors and other ex-public officers in Zamfara State, which provided for the upkeep of ex-governors to the tune of N700 million annually. The state has produced three former governors since 1999.

In the SERAP’s judgment, Justice Oguntoyinbo said: “The Attorney General has argued thatthe States’ laws duly passed cannot be challenged. With respect, I do not agreewith this line of argument by the Attorney General that he cannot challenge theStates’ pension laws for former governors.”

In answering the questions, Justice Oguntoyinbo said: “In my humble view, the Attorney General should be interested in the legality or validity of any law in Nigeria and how such laws affect or will affect Nigerians, being the Chief Law Officer of the Federation.”

Justice Oguntoyinbo has adjourned the suit to the 3rd of February 2020 for hearing on report of compliance with the court orders/judgment by the Federal Government.

Justice Oguntoyinbo’s judgment read in part: “I have considered SERAP’s arguments that it is concerned about the attendant consequences that are manifesting on the public workers and pensioners of the states who have been refused salaries and pensions running into several months on the excuse of non-availability of state resources to pay them. SERAP has also argued that there is need to recover such public funds collected by former governors.”

“It is clear from the facts of this case that SERAP had written the Attorney General to institute appropriate legal actions to challenge the legality of States’ laws permitting former governors, who are now senators and ministers to enjoy governors’ emoluments while drawing normal salaries and allowances in their new political offices and to seek full recovery of funds from those involved.”

“SERAP has stated that since the receipt of the said letter, the Attorney General has failed, refused and/or neglected to institute appropriate legal actions to that effect. In my view, the principle of ‘demand and refusal’ has been satisfied by SERAP. I have also considered the fact that in action to protect a public right or enforce the performance of a public duty, it is the Attorney General that ought to sue.”

“Having considered all the facts presented by SERAP on the need for the suit and the Counter-Affidavit against same, I find no reason why the order of mandamus should not be granted. I am of the view that SERAP’s suit has merit.”

“I resolve this issue against the Attorney General, in favour of SERAP. I hold that the Motion of Notice for Mandamus dated 6th February 2018 and filed on 7th February 2018 has merit. It is therefore granted in the terms sought.”

“In other words, the Attorney General is hereby directed to urgently institute appropriate legal actions to challenge the legality of states’ laws permitting former governors, who are now senators and ministers to enjoy governors’ emoluments while drawing normal salaries and allowances in their new political offices and to identify those involved and seek full recovery of public funds from the former governors.”

“I take judicial notice of the essence of the creation of SERAP. I believe that SERAP has the locus standi to bring this suit. More so, this is a constitutional matter. In constitutional matters, the requirement of locus standi becomes unnecessary to a great extent as it may merely impede judicial function. This issue is therefore resolved against the Attorney General, in favour of SERAP.”

“SERAP is seeking an order of mandamus to compel the Attorney General to file action to challenge States’ pension laws for former governors and recover public funds collected by them in the public interest, since the Attorney General has failed/neglected to institute such action. That is the essence of SERAP’s suit.”

SERAP deputy director Kolawole Oluwadare said: “This ground-breaking judgment is a victory for Nigerian workers and pensioners who have not been paid by state governors for several months and struggle to make ends meet whilst former governors now serving as ministers and senators continue to collect double emoluments and enjoy opulent lifestyles.”

“Justice Oguntoyinbo’s judgment shows the urgent need for state governors in Nigeria to follow the Zamfara example by immediately abolishing the obnoxious pension laws in their states. We commend Justice Oguntoyinbo for her courage and wisdom, and urge President Muhammadu Buhari and Mr Malami to immediately obey the court orders.”

“This judgment should catalyse further action from the Chairman, Nigeria Governors' Forum and Ekiti State governor Dr Kayode Fayemi to use this judgment to abolish pension law in his own state and make a clear public commitment that the Governors’ Forum under his watch will push all governors and ex-governors to abolish life pensions and return public funds collected by them before being compelled to do so.”

Femi Falana, SAN said on the judgment: “SERAP deserves the commendation of all well-meaning people that have agonised over the legalization of obscene pension package for former governors. This is one of the most patriotic public interest litigation ever undertaken in Nigeria. We call on state governors to use the judgment as the basis for formally repealing life pension laws and all other retrogressive laws without any further ado.”

Justice Oguntoyinbo’s judgment also reads: “I have considered the papers filed and it is obvious that SERAP is a human rights non-governmental organization, seeking to protect the public interest. It is also clear that the reason for this suit is to compel the Attorney General to challenge the legality of states’ pension laws for former governors and to identify those who have collected pensions and also seek to full recovery of public funds.”

“Parties ought to be bound by the issues they formulate. They ought not to make arguments outside the issues formulated by them. The Attorney General has failed to give any reason for submitting that SERAP’s suit is incompetent.”

“The argument made is that the reliefs sought by SERAP in this suit cannot be granted; that the Attorney General cannot be compelled to institute actions and that the laws sought to be challenged were duly passed by the House of Assembly, and are therefore legal and ought not to be challenged. However, SERAP on its part has made contrary arguments.”

“The Attorney General has argued that SERAP has not shown any injury it has suffered any injury as a result of the salaries and allowances being given to former governors who are now senators. SERAP is neither civil servants nor public servants who have any issues with the said States’ pension laws for former governors. That the suit was filed to promote transparency and accountability does not confer locus standi on SERAP to maintain this action.”

It would be recalled that SERAP had in July 2017 requested Mr Malami to urgently institute appropriate legal action to challenge the legality of states’ laws permitting former governors, who are now senators and ministers to enjoy governors’ emoluments while drawing normal salaries and allowances in their new political offices and to seek full recovery of public funds from those involved.”

Former Senate President and governor of Kwara state Bukola Saraki said he stopped collecting pension after hearing of SERAP’s suit, and subsequently inspired the passing of the bill by the Kwara State House of Assembly to suspend payment of pensions to former governors and their deputies.

Saraki had said at the time: “No, I’m not collecting pension; the moment I saw that SERAP allegation, I wrote to my state to stop my pension.”

The repealed pension law in Zamfara State allowed former governors to receive pension for life; two personal staff; two vehicles replaceable every four years; two drivers, free medical for the former governors and deputies and their immediate families in Nigeria or abroad; a 4-bedroom house in Zamfara and an office; free telephone and 30 days paid vacation outside Nigeria.

So far, Ekiti State governor Dr. Kayode Fayemi and Minister of Labour and Employment, Senator Chris Ngige, and Minister of Works and Housing Babatunde Fashola have denied ever receiving double payments and retirement benefits as former governors in addition to other roles in public office.