Loving care for our children
By John Scales Avery 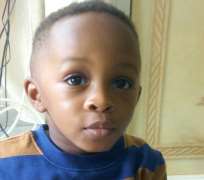 We give our children loving care, but it makes no sense to do so unless we do everything in our power to give them a future world in which they can survive. We also have a duty to our grandchildren, and to all future generations.

Finally, because of population growth, the effect of climate change on agriculture, and the end of the fossil fuel era, there is a danger that by the middle of the present century a very large-scale famine could take the lives of as many as a billion people.

We owe it to our children to take urgent action to prevent these threats from becoming future realities. We must also act with dedication to save our children from other social ills that currently prevent their lives from developing in a happy and optimal way, for example child labor, child slavery, starvation, preventable disease and lack of education. These, too, are threats to our children's future.

The climate emergency: Urgent action is needed
The annual Emissions Gap report from the U.N. Environmental Program (UNEP), released on November 26, 2019, warned that nations' commitments under the Paris climate accord – from which U.S. President Donald Trump began formally withdrawing this month - are not nearly sufficient to bring about the widespread changes needed to avert climate catastrophe.

The report stated that global temperatures are on track to rise as much as 3.2$^o$C by the end of the century, meaning only drastic and unprecedented emissions reductions can stave off the most devastating consequences of the climate crisis. What is needed, according to the report, is a complete halt in the production of fossil fuels.

Renewable energy is now cheaper than fossil fuels, so the transition to renewables could be driven by economic forces alone, if governments worldwide would stop their sponsorship of fossil fuel industries, to which they currently give enormous tax benefits and other subsidies.

Other urgently needed actions are a halt to deforestation, combined with massive reforestation, substitution of other building materials for cement, better climate coverage in the mass media, abandonment of growth-oriented economic goals, shift to more plant-based diet, and deep cuts in military activities.

We must rid the world of nuclear weapons
A Treaty banning nuclear weapons was adopted by an overwhelming majority vote on the floor of the UN General Assembly, following the precedent set by the Arms Trade Treaty. The Treaty on the Prohibition of Nuclear Weapons was passed on 7 July, 2017. It prohibits the development, testing, production, stockpiling, stationing, transfer, use and threat of use of nuclear weapons, as well as assistance and encouragement to the prohibited activities. For nuclear armed states joining the treaty, it provides for a time-bound framework for negotiations leading to the verified and irreversible elimination of its nuclear weapons programme.

The International Campaign to Abolish Nuclear Weapons (ICAN) campaigned vigorously for the adoption of the Treaty, and was awarded the 2017 Nobel Peace Prize for its efforts. Although bitterly opposed by nuclear weapons states, the Treaty has great normative value, and one fervently hopes that the force of public opinion will eventually force all governments to give their citizens what the vast majority long for: a nuclear-weapon-free world.

It is generally agreed that a full-scale nuclear war would have disastrous effects, not only on belligerent nations but also on neutral countries. As long as there are nations that possess nuclear weapons, there is a danger that they will be used, either deliberately or through a technical or human error, or through unconcontrollable escalation of a conflict. Only a nuclear-free world will be safe for our children and the biosphere.

We must address the threat of widespread famine
As glaciers melt in the Himalayas, depriving India and China of summer water supplies; as sea levels rise, drowning the fertile rice fields of Viet Nam and Bangladesh; as drought threatens the productivity of grain-producing regions of North America; and as the end of the fossil fuel era impacts modern high-yield agriculture, there is a threat of wide-spread famine. There is a danger that the 1.5 billion people who are undernourished today will not survive an even more food-scarce future.

People threatened with famine will become refugees, desperately seeking entry into countries where food shortages are less acute. Wars, such as those currently waged in the Middle East, will add to the problem.

What can we do to avoid this crisis, or at least to reduce its severity? We must urgently address the problem of climate change; and we must shift money from military expenditure to the support of birth control programs and agricultural research. We must also replace the institution of war by a system of effective global governance and enforcible international laws.

We must eliminate child labor and child slavery
Worldwide 10 million children are in slavery, trafficking, debt bondage and other forms of forced labor, forced recruitment for armed conflict, prostitution, pornography and other illicit activities, according to the International Labor Organization, (ILO). 151.6 million are estimated to be in child labor (ILO). 114 million child laborers are below the age of 14 (ILO). 72 million children are in hazardous work that directly endangers their health, safety and moral development (ILO). More than 700 million women alive today were married before their 18th birthday. More than one in three (about 250 million) entered into union before age 15 (UNICEF). 300,000 children are estimated to serve as child soldiers, some even younger than 10 years old (UNICEF). 15.5 million children are in domestic work worldwide - the overwhelming majority of them are girls (ILO).

Child labor is undesirable because it prevents children from receiving an education. Furthermore, when parents regard their children as a source of labor or income, it motivates the to have very large families, and our finite earth, unlimited growth of population is a logical impossibility. Population growth increases the threat of large-scale famine as well as ecological catastrophe.

Child slavery is unacceptable, as is any form of slavery. Forced marriage, and very early marriage of girls as young as 9 in some countries are also unacceptable practices. The international community has a duty to see that existing laws against these practices are enforced.

We must reduce starvation and preventable disease
According to a recent report published by the World Health Organization, in 2018 alone, 15,000 children died per day before reaching their fifth birthday. A WHO spokesman said, “It is especially unacceptable that these children and young adolescents died largely of preventable or treatable causes like infectious diseases and injuries when we have the means to prevent these deaths,” the authors write in the introduction to the report. The global under-five mortality rate fell to 39 deaths per 1,000 live births in 2018, down from 76 in 2000 - a 49% decline.

“Despite advances in fighting childhood illnesses, infectious diseases remain a leading cause of death for children under the age of 5, particularly in sub-Saharan Africa and Southern Asia,” says the report. Pneumonia remains the leading cause of death globally among children under the age of 5, accounting for 15% of deaths. Diarrhoea (8%) and malaria (5%), together with pneumonia, accounted for almost a third of global under-five deaths in 2018. ``Malnourished children, particularly those with severe acute malnutrition, have a higher risk of death from these common childhood illnesses. Nutrition-related factors contribute to about 45 per cent of deaths in children under 5 years of age," warns the report. The estimates also show vast inequalities worldwide, with women and children in sub-Saharan Africa facing a higher risk of death than in all other regions. Level of maternal deaths are nearly 50 times higher for women in sub-Saharan Africa compared to high-income countries. In 2018, 1 in 13 children in sub-Saharan Africa died before their fifth birthday - this is 15 times higher than the risk a child faces in Europe, where just 1 in 196 children aged less than 5 die.

We must provide universal reformed education
Illiteracy in the less developed countries exceeded that of the developed ones by a factor of ten in 1970. By 2000, this factor had increased to approximately 20. As our economies become more knowledge-based, education has become more and more important.

Besides universal education, educational reforms are urgently needed, particularly in the teaching of history. As it is taught today, history is a chronicle of power struggles and war, told from a biased national standpoint. Our own race or religion is superior; our own country is always heroic and in the right.

We urgently need to replace this indoctrination in chauvinism by a reformed view of history, where the slow development of human culture is described, giving adequate credit to all who have contributed.

The teaching of other topics, such as economics, should be reformed. Economics must be given both a social conscience and an ecological conscience. The mantra of growth must be abandoned, and the climate emergency must be addressed.

Childhood should be a time of joy
Children's play is not a waste of time. Children at play are learning skills that they will use later in their lives. Let us allow our children to play and learn, while we work to give them a secure future world. Let us give our children, not predominantly material goods, but rather the love, happiness and future that they deserve.

A new freely downloadable book
I would like to announce the publication of a book, which examines the steps that we must take to give our children and their children a world in which thet can survive. The book may be freely downloaded and circulated from the following link:

Other books and articles about global problems are on these links

https://wsimag.com/authors/716-john-scales-avery
I hope that you will circulate the links in this article to friends and contacts who might be interested.