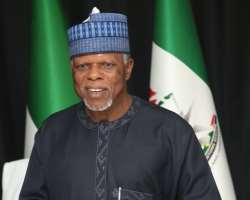 The Comptroller-General of Nigeria Customs Service, Hameed Ali, has accused the Department of Petroleum Resources (DPR) of shielding illegal petrol stations at border areas, as well as aiding smuggling activities.

Ali, who made the accusation on Thursday in Abuja when he appeared before the joint committees of the House on Petroleum, Interior and Customs, also said that there was no going back on the suspension of petroleum products supplies to filling stations 20 kilometers from the border.

Ali said the decision to sustain the suspension was reached at a security meeting following suspicions that the Department of Petroleum Resources (DPR) was shielding illegal petrol stations at the border areas, as well as aiding smuggling activities.

Ali told the committee that before the order, several entreaties were made for the DPR to release the list of approved and illegal filling stations at the border areas but the agency refused.

He said that after the security meeting, the National Security Adviser had no option than to order that supplies be cut off from those stations.

He noted that since the ban, there had been great stability in the sector as subsidy had dropped by 30 per cent and consumption rate also dropped.

Ali said, “We have asked the DPR since last year to give us the list of approved and illegal petrol stations but they refused. The filling stations are used to smuggle fuel out of Nigeria. The decision to suspend supply was taken to contain our own consumption.”

Ali stressed that the ban, although painful, had been fruitful as smugglers could not steal petrol sold for N145 to resell elsewhere at over N300 to the detriment of the country’s economy.

The Customs boss assured that the action was not to punish Nigerians, and pleaded for understanding to get things corrected in the sector.