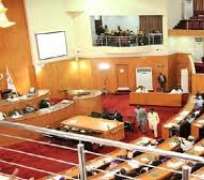 The Zamfara State House of Assembly on Tuesday abolished the law that allows jumbo payment of pension and other allowances to former governors, their deputies, Speakers and their deputies in the state.

The repeal of the law came 48 hours after a letter written by a former Governor, Abdulaziz Yari, to the Zamfara State Government requesting for the payment of his upkeep allowances running into millions of Naira leaked into social media.

According to the letter, the monthly upkeep allowance for an ex-governor in the state is N10 million and it is backed by law, which was amended and assented to on March 23, 2019. Yari reminded the state government that the pension and upkeep allowance are not in the category of privileges that can be truncated without any justifiable reason.