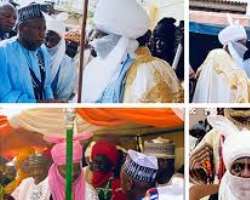 According to Daily Nigerian, Usman Na’Abba, the presiding judge, gave the order on Thursday following a suit by Muhammad Sanusi II, Emir of Kano.

Ganduje had created four additional emirates in Kano insisting that the move was for administrative convenience.

However, reports indicate that the action was carried out in a bid to whittle down the influence of Sanusi who reportedly didn’t support Ganduje’s re-election bid.

Displeased by the action, Sanusi challenged the appointment of the Emirs in court.