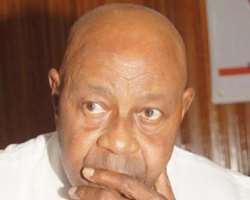 In 1977 when I was to get admission into secondary school, I wrote the Rivers State common entrance examination and my late uncle of blessed memory, Chief M.I. Uriri, chose Government Comprehensive Secondary School Port Harcourt, County Grammar School Ikwerre Etche and Baptist High School, Port Harcourt for me. When the results were released, my uncle told me that my name appeared for Teachers Training College (TTC), Bonny and tears ran down my eyes. My uncle quickly rebuked me: “nda nhe inakwa nu, isegwo school cham”. Meaning why are you crying, you will not go to that school. He said he does not like me to attend that school: it is too far from him and he wouldn’t like me to be a teacher. So he personally took me to the then Commissioner of Education at Education Bus Stop, Port Harcourt. There he handed a letter (a letter of complaint I guess) to the Commissioner, a tall well looking man who warmly received us into his office and after discussing with my uncle, he promised us I will get admission. He was upset that my name should not have appeared for TTC Bonny. He asked that I check back in two weeks time and I did. I found my name this time around for Government Secondary School, Creek Road, Port Harcourt. This was how I met Professor Tam David West for the first time in my life. And since then, each time I remember my secondary school admission experience, I said to myself, I need to go and thank Prof Tam David West.

Later I began to wonder why my name would appear in a school I never chose. I believe that was probably when the rot that had killed our educational system began. But my happiness was that the Commissioner was upset and changed the wrong at least I got admitted in a school my uncle was happy with since he was working in Port Harcourt at that time. It also dawned on me that Professor Tam David West was against the corruption of the system and made the desired change.

In 1978 while at GSS Creek Road, the Commissioner drove to our school one early morning while we were at the chapel. Unfortunately for him “downslop” was smelling. Downslop was the name for the river near our school where night soil men deposit human waste (shit according to Trump). When the river recedes, it smells till the river is full. At such times, we normally cup our noses with our hands to reduce the inhaling of the bad smell. So the commissioner, Prof West, inquired why the very bad smell and he was told it came from the “downslop”. There and then he said “my children will not resume here next session. I will relocate them to another place”. When he left, you could see the smiles and happiness in everybody’s face that we will be delivered from this nightmare and so we prayed that it comes to pass. Low and behold, at resumption in 1978, we were relocated to the present place near Enitona High School Port Harcourt, where you now have Government Secondary School Borokiri. I was not only happy with my Commissioner for relocating us but for using the phrase “my children” for us. That was an expression of love from a father. Again that was my second encounter with Prof. Tam David West, hoping that one day I will meet him and thank him.

So all through the military regime of General Mohammadu Buhari (31st December, 1983 to 27th August, 1985) when Prof. Tam David West was the Minister of Petroleum Resources, I was already his distant small boy friend. I loved him so dearly and has been meeting him one way or the other, but not physically. Yet I hoped and prayed to meet him one day in person to thank him.

Later in about 1996 when I was working in Port Harcourt, I read one of his articles in The Guardian on indiscipline. In it he x-rayed the theory and practices of indiscipline. From that article I got to know the difference between corruption and indiscipline: the latter is the parent of the former. I exclaimed, “waoo David West again”. This was my third meeting with Prof West. It was this article that taught me to stand firm against indiscipline. It taught me to have integrity and be proud of myself as a man. It taught me that integrity is expensive but better. Yet I was sure to meet him and thank him for these positives he had taught me.

Always thinking of how to reach my Professor friend was disturbing. So when gsm phone system came, I made up my mind to get his number and call him that I like to visit him. A tall project! Much later in 2011 after the public presentation of my book in Port Harcourt, I intensified effort among my other Professor friends to get his phone number and I actually got it. One early Saturday morning I loaded my phone and called him. He picked the phone and I quickly greeted him and introduced myself in details. He said “o you are from Emohua? I and Mr Urir established that secondary school at Emohua in 1977. It was not easy but Urir stood his ground and we got it done”. That is the Government Secondary School Emohua, where I later finished my secondary school. I told him I called to get his address so I could send a copy of my book to him. He obliged me and I sent it. I was partially happy because I needed to see him in person and thank him. I was upbeat now that I know he lives at the University of Ibadan and I have his address, it is now easier I can see him very soon. This calmed me down a little and I relaxed.

Hmmm! David West in my life. He established the school and that was where I finished my secondary school in 1982. Of all he has done for me, it is only my 387-page book he got from me. I had hoped that when I meet him, I surely will do my best.

The next time I came in absentia-contact was when a Kalabari man was insulting him on facebook and I got angry and quickly replied the person in an article titled: “It is unKalabari to insult Prof Tam David West” (google it and read).

The last time I came in absentia-contact with him was when Buhari was campaigning for the 2015 election. During this time, he was quoted as saying that if Nigeria could fix her four refineries, get them efficiently working at full capacity and significantly reduce corruption, fuel subsidy will go, the price for fuel would go as low as N50 per litre and exchange rate could be N1 to $1. But because Nigeria is a hard-hearing country, the reverse is the case.

All of a sudden, my dear absentia Professor friend is dead. Here lies Professor Tam David West, a great man who got his Ph.D degree at 30 years of age and has been teaching and raising medical doctors at the University of Ibadan for over 40 years now; a man who can make a change when it matters most and not caring whether it will benefit his relatives; a man who could call students he does not know from birth “my children”; a man who strongly believes that indiscipline is the primary killer of human development and who served his country selflessly. Even a wrist watch dashed to him was enough reason General Babangida sacked him from office became popular by that triviality of merely calling a dog a bad name to hang it.

In tears this morning, all I can say is adieu my father, my friend and my love. I really love you and may your good soul rest in the bosom of our Lord and savior Jesus Christ, amen.