THE WAR IN IGBOLAND 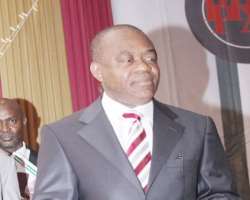 
The June 15, 2010 edition of NEXT reported that a coalition of groups in Abia State had asked Governor Theodore Orji to resign on account of the level of insecurity in the state. It was not the usual partisan fare, with a number of opposition parties banding together to hound a state governor. Instead, the call for Orji’s resignation came from seven human rights and pro-democracy organizations.

There was no doubt that the groups – the Human Rights, Justice and Peace Foundation (HRJPF), Abia Peoples Forum (APF), Centre for Reform and Public Advocacy (CRPA), Popular Participation Front (PPF), Campaign for Democracy (CD), Centre for the Advancement of Children's and Women's Right (CACWR) and Centre for Human Empowerment, Advancement and Development (CHEAD) – were in deadly earnest. They set a deadline of June 30 for Mr. Orji’s resignation. And they promised to commence non-violent civil disobedience should he ignore their call.

My bet is that Governor Orji would not hearken to the ultimatum to resign. Nigerian politicians are not in the habit of giving up power, even when they have no idea how to deploy the resources of their office to solve problems.

The first duty of any government is to guarantee the security of the lives and property of its people. By this measure, Governor Orji has failed the people of Abia.

The groups demanding his resignation took care to offer a convincing narrative of Abia as "a failed state." The dossier included a "spate of armed robbery, kidnapping for ransom, ritual killings and rape in Abia State, particularly Aba." The groups decried "the spiraling wave of insecurity in the state." They instantiated with gory, shocking details: "Between 14 May and 8 June, several banks have been robbed, security personnel brutally killed, trouser-wearing ladies raped, and innocent persons kidnapped for rituals and/or ransom under the nose of heavily armed security men, including the blood-thirsty Abia State Vigilante Services (Bakassi boys)."

Then there was this unanswerable indictment: "Armed robbers and kidnappers now give notice before they strike, as vividly shown by the invasion of First Bank Plc and Fidelity Bank Plc, both in Port Harcourt Road, Aba on Wednesday, 2 June. Recall that they had written to inform [the banks] of their intention to rob them and eventually did, to [the] chagrin of all."

It’s a sweeping, bleak panorama of the state of insecurity in Abia. But the stigma of failure is not Theodore Orji’s alone. It is a humiliating admission to make, but sadly true: a cadre of greedy, visionless leaders has for too held sway in the Igbo-speaking southeastern states. Other past and current governors of these states have – by their corruption, lack of vision and absence of strategic intelligence – condemned Igboland to economic doldrums and moral degradation.

On June 5, I was in Toronto to give the keynote address at the annual Biafran War Memorial celebration. My talk harped on the current war in Igboland, a war characterized, above all, by a crisis of values. I tried to persuade my audience that, in sheer enormity and direness, the ongoing war dwarfs the effects of the Biafran war that claimed more than a million lives.

Let’s be clear: the triumph and veneration of morally virulent values is not an exclusively Igbo malaise. Nigeria as a whole has long been in the grips of a deformed ethos, the reign of a disorder in which absurdity is held to be sensible, impunity is exalted, and honor is mocked.

In my view, however, the Igbo have paid the steepest price for permitting these misshapen values to gain traction – and then to be embedded as the norm. The moral cancer metastasizing through Igboland is best detected in the music as well as social language.

For years, the fiercely republican Igbo carelessly allowed themselves to dance to lyrics that proclaimed "ana enwe obodo enwe" – roughly translated as "a community is owned." At first glance, that lyrical claim would appear innocuous, even persuasive. Another lyric set out to name the Igbo’s "nnukwu mmanwu" – big masquerades. Any discerning person would be shocked by the questionable pedigree of some of the men advertised either as the "owners" of their community or big masquerades.

Wealth, whatever the mode and means of its accumulation, was the unmistakable criterion for "owning" one’s community or receiving recognition as a big masquerade. Bowing to wealth, some Igbo musicians shamelessly trumpeted scallywags, scoundrels, and charlatans. It seemed anathema to credit anybody for the quality of his or her public service, for exemplary moral conduct, or for proven distinction of mind. I have never heard any musician invite Chinua Achebe, the most globally well-known and revered Igbo man – a man of stellar intellectual achievement and stupendous ethical funds – to take a seat among the masquerades. Nor have I heard any musician suggest, in a lyric, that the outstanding novelist has a say in the ownership of his community. No pride of place was reserved for women and men whose stock came in the form of dedication to service, whether in the private or public sector, or self-sacrifice in the cause of advancing the common good.

It was inevitable that the habit of worshiping material possession would bring Nigeria to its present troubling pass. In Igboland, the consequence has been nothing short of tragic. One of the popular phrases in Igbo public speech is, "onye bu igu ka ewu n’eso" – or, the goat follows the man with the palm fronds. It is a disturbing statement in every particular. It reduces humans to the level and ethic of a goat. It dictates that every goat/human must follow the man with food, even where the food is stolen.

Such scant regard for sound moral values has had devastating effect. It has fed an anything-goes culture. It has enabled shady characters to sink roots in Igboland and criminals to make a cottage industry out of kidnapping their fellows. There are whispers that some traditional rulers, unscrupulous police officers, shady businessmen as well as "prominent" politicians – the kind often dubbed big masquerades – now organize, sponsor or run their own kidnapping cells.

The Igbo have never faced a more serious challenge than the current blight of kidnappers. We can no longer afford to dress up the ugly truth in fine garbs: the Igbo people are engulfed in a war for survival akin to Biafra, but more desperate, if you ask me. The only difference is that, in this case, the enemy is within.

The casualty is extremely high. Fewer and fewer Igbos resident in such places as Abuja, Lagos or Port Harcourt look forward to traveling to their home states. And when they go, they must arrange to hire several police officers to guard them. The prospects are even grimmer for Igbos who live abroad. For fear of kidnappers, many – perhaps most – traditional marriage ceremonies are now held in Nigerian cities far from Igboland. Imagine the economic and social costs of the flight of such ceremonies. How about investment in new businesses? They have virtually dried up.

Igboland is beleaguered, dangerously close to becoming a no-go area. Yet, the Igbo governors have disconcertingly shown little inclination to weigh any serious measures to remediate the situation. Is it that they fail to recognize the scale of the threat, that they are bereft of ideas for tackling the monster, or – as many people speculate – that some of them are profiteers from the crisis?

Equally indicted are those men and women who run around Abuja and Lagos, styling themselves Igbo leaders. Their pretension to the role of leaders is rebuked by the fact that they have not seen fit to confer and focus on strategies for winning the deadliest, costliest war facing their people. The Igbo’s cultural and moral crisis is exacerbated by a crisis of leadership.

There’s no doubt in my mind that the specter of kidnapping was germinated and fertilized by a permissive culture that, over many years, sought to blur the line between "alu" (sacrilege or profanation) and "ife zili ezi" (good conduct). Consequently, if we are to win the war we’re in, we need not just a diligent, sanitized, well equipped and highly trained police (a far cry from the corruption-ridden apparatus that has usurped the name of law enforcement in Nigeria), an attuned political leadership, and a judiciary that is awake to its sacred mandate. Above all, we need a fundamental re-orientation of values. We must reclaim that moral clarity that once enabled the Igbo people to be appalled at execrable conduct and to look at ill-gotten wealth and say, in fierce repudiation, "Tufia!" or "Alu!"

We must seek this moral rebirth, or we’re doomed.