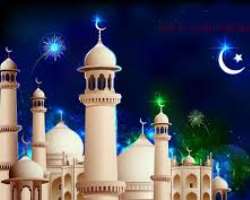 The Shehu of Bama, His Royal Highness, Alhaji Ibrahim Kyari Ibn Umar El-Kanemi yesterday during the MAULUD NABIYI CELEBRATION in his palace in Bama town appealed to his subjects to intensify special prayers to end Boko Haram Insurgency in the area and the state at large.

He also commended the efforts of the State and Federal Governments for the relative peace being enjoyed by the people while calling on the Bama residents to intensify spiritual prayers to end the insurgency in Bama LGA and indeed Borno State.

The Maulud Nabiyi was attended by prominent sons and daughters among them include the former Chairman Federal Character Commission, Dr. Shettima Bukar Abba and Hon Aji Kolo Ali Gujja, Board member, Federal Mortgage Bank amongl others.

The Royal Father however expressed dismay over the relocation of some free girls popularly known as GALADIMA'S GIRLS to Bama, as it will be recalled that these girls were accused of prostitutiin, drugs addiction, alcoholism and other serious crimes in some locations of the suburbs of the State capital, Maiduguri where they were alleged to have engaged in open prostitution, child trafficking, drugs and some other crimes in the city.

It was as a result of such atrocities that the Government constituted a high powered committee to address the nefarious acts which led to the demolition of several hotels, brothels and hideouts.

He said ", because today, chances in the State capital is narrowing, they are exploring other safe heaven within the Local Government Areas such as Bama town.

"But this cannot be accepted" said the royal father.

" I have instructed all the village and ward heads to be vigilant and proactive as such attitude will not be condoned and whoever involves in or facilitates such criminality will face the full wrath of the law.

" And his or her structure will be demolished as was done in Maiduguril, the State capital", Kyari said.

He further stressed that we should all rally round the Government policies and people oriented programmes in order to bring development closer to our people.

On the National Immunization programme against polio, measles and other dreaded diseases scheduled to commence on Saturday, 16th November, 2019, the Royal father called for massive participation in the programme considering its importance to the health of our children.

Highlights of the ceremony was offering special prayers for peace to reign in the LGA, Borno State and the country at large, refreshments, sermons and recitation of Holy Quran among others