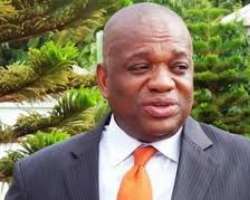 In a unanimous decision, the appellate court held that the lower tribunal, which upturned Kalu’s election, erred on several counts.

Delivering the judgment, the Presiding Judge, Justice R. A. Adah, said that the grounds upon which the lower tribunal predicated its verdict were not tenable in law.

He said that the lower tribunal granting the petitioner’s reliefs, which he did not ask for, was unacceptable in law.

Addressing newsmen at the end of the judgment, Counsel for Kalu, Mr Perfect Okorie, said that “the relief the petitioner, Sen. Mao Ohuabunwa, asked for was for the nullification of the election in Bende and Isiukwuato.”

Okorie said that the lower tribunal, while embarking on its own expedition, “granted strange reliefs and nullified elections in some polling units in Ohafia and Arochukwu.”

The appellate court further said that Ohuabunwa literally dumped his avalanche of documents on the lower tribunal without calling witnesses to tie the document to his case.

It said that the lower tribunal erred by allowing the dumping of documents on the tribunal.

It maintained that in law, the petitioner must establish proof by bringing witnesses, who would tie the documents to the substance of the case.

Meanwhile, Mr Maduka Okoro, the Media Aide to Kalu, who is the Senate Chief Whip, has described the judgment of the Appeal Court as “victory for democracy and the people of Abia in general.”

Okoro told NAN in Umuahia that the judgment was greeted by wide celebration in all parts of Abia, where Kalu was governor from 1999 to 2007.

He said: “the verdict sparked off jubilation in Igbere, Kalu’s community in Bende Local Government Area, the entire Abia north, including Mao’s Arochukwu and Abia generally.

“It is instructive to note that as former governor, Kalu made positive impact in the lives of the people and every community in Abia.”