Minister Fashola: Declare State of Emergency on our Roads 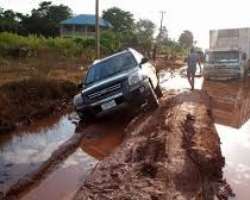 The other day, it was the Minister of Agriculture and Rural Development, Sabo Nanono, who said that there was no hunger in Nigeria. Meanwhile, World Bank, not too long ago, ranked and recognised Nigeria as the poverty capital of the world. Even more recently, the Minister of Humanitarian Affairs, Disaster Management and Social Development, Sadiya Farouq, said that 90 million Nigerians live in poverty. I can also vividly remember when the Vice President of the country, Prof. Yemi Osinbajo was reported in the media to have said that kidnapping in Nigeria was being exaggerated by the Nigerian media. He made this remark at a time when the Abuja-Kaduna highway was a kidnappers den; at a time when lecturers, traditional leaders and other notable people were being kidnapped for ransom in many parts of Southern Nigeria.

Thus, when the news broke yesterday that the Minister of Works and Housing, Mr Babatunde Fashola, said that 'the Nigerian roads are not as bad as being portrayed', I was taken aback. I became more disappointed and befuddled when I read further that he described the reportage of the ugly state of roads as nothing but another 'MEDIA HYPE'. This is definitely not his first time of scoring himself and the ministry he superintends over high. Recall, while he was the Minister of Power, Works and Housing, he said some Nigerians were enjoying stable and regular power supply in the face of darkness that enveloped and still envelopes many parts of the country. The truth is that Minister Fashola is good at packaging 'Agege bread' for us as burger/chicken pie.

His current outburst, to a great extent, is largely unfair to many Nigerian motorists who spend their productive time in traffic caused by our bad roads. This remark is also unkind to many Nigerian families who had lost their loved ones in road accidents occasioned by the bad and terrible state of our roads. On a daily basis, Nigerians go through hell going to their places of work because of our potholes filled, untarred and flooded roads across many towns, cities and States in Nigeria.

It is therefore, gradually becoming clear that the Nigerian ruling class is far from the plights of the people they are elected to govern. This politics of self deceit, self denial of conspicuous realities cannot help our democracy. Talking down or playing down to any of our national issues cannot move this country forward. We must not always tell our ourselves the truth ONLY when we are out of government. As leaders of substance, we must always be wary of our comments in the public as some careless remarks might draw the anger of the people towards us.

The ruling class must equally note that Nigerians are not too difficult to govern. Nigerians remain many of the hard working, respectful and loving people on the surface of the earth. They also do not just spread "Hate Speech" on social media for the fun of it. It is remark like this that fuels the engine of hate and malicious speeches among Nigerians on the social media towards the leaders. It is this kind of insensitive and unsympathetic comments that make an average Nigerian on social media appears like a rumour monger, agent of hate speech, wailer and unpatriotic citizen of Nigerian to the Government of Nigeria. Therefore, those who are keen on regulating and gagging voices on social media should not also forget to criminalise lies and propaganda being forced down our the throats of the people by the leaders.

What Minister Fashola said also clearly espouse the little or zero level of seriousness and urgency many Nigerian leaders attach towards providing quick and fast, efficient and sustainable solutions to our national problems. Out of sheer ignorance, deliberate distortion and manipulation of fact, lackadaisical posturing to the plights of Nigerians, the ruling class, a lot of times, allows small problems to fester and evolve into full blown monsters that embarrass us in the comity of nations. No one should henceforth, expect any concrete solution from those who do not see or believe in the exigencies of our national problems. This is because physical creation of solutions to problems start with mental creation.

In conclusion, rather than sitting down in Abuja and be thumping chest over what is totally incorrect, I urge the whole presidency to embark on a tour of Nigerian roads and get first hand information about the decrepit state of our roads. If Mr Fashola start using the Nigerian roads regularly, there is no way he would not agree with Mr Governor of Lagos State, Babajide Sanwo Olu, that indeed, there is need to declare an 'EMERGENCY' on all Nigerian roads.