Why every Ebira man always disappoints when they lead? 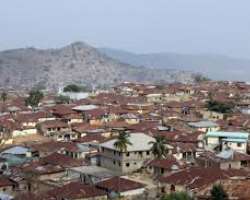 Whenever I step out of my house, my friends use to have one on one interaction with me on trending national policies as it affects people’s wellbeing. Yesterday, I had one of such where I made an in-depth analysis of President Buhari's administration and from there we delved into politics with topic cantered on the forthcoming gubernatorial election in Beyelsa and Kogi State.

It was at this juncture the person got to know that I am actually from Kogi State and Ebira by tribe. He then demanded to know how I perceive the next election in Kogi State and I told him in clear term that from what is on ground and with the present political atmosphere in Kogi State I am 100 percent confident that the incumbent Governor will emerge victorious.

I buttressed that the opposition candidates are not a March to him when it comes to political sagacity. Explaining further, I hinted that politics is all about interest and it will be on that basis that Governor Bello will win notwithstanding the condemnation of some people on his performance so far.

He then cut in and asked if the issue of majority tribe will not overshadowed the political interest that i am talking about and responded, it wouldn’t. He shifted from there and demanded an explanation from me why every Ebira persons in leadership position always disappoint the masses whenever they lead. He cited example of those who have led the nation in different capacities during military era and in civilian regime.

Drawing from the above, the two salient points he raised were exact misconception and misrepresentation many people have about politics in Kogi State and Ebira people in particular. I am saying this because this is not the first time people will make it clear to me that other sections of the state cannot defeat Igallas whenever they have one of their own as party's candidate as Igalla have the numbers and being the majority in Kogi State. Also, this is not the first time someone will declare to me that Ebira men are not good enough when it comes to leadership position.

In this article, I will only focus on second point "why Ebira people always disappoint whenever they lead" and the subject matter concerning majority tribe in Kogi state will be addressed in my next article.

To start with, I know the man who asked me this question was matured enough when Adamu Attah governed Kwara State and therefore can point to one thing or the other on why he could not get re-elected after his first tenure. Well, the writer of this article was a kid then as such cannot confidently give a vivid account on what transpired in Kwara State when Adamu Attah, an Ebiras man reigned but from the historical account of the people who were matured enough and witness things then they declared that Adamu Attah wasn't a bad Governor nor could one attributed incompetence to him as his infrastructural projects still visible and glaring to the public till date.

They hinted that his inability to make it back to office was due to supremacy of political power between him and Doctor Olusola Saraki then who was assumed as Governor Adamu Attah's god political father.

Coming to Governor Bello, to me i don't see him as having disappointed the masses. I certainly know the expectation were high when he took over the affairs of Kogi State but his little lapses so far, shouldn't call for outright generalization that Ebira person always disappoint whenever they lead.

Before we nail Governor Bello to the cross or make that hasty generalization about collective people of Ebira tribe, I need to ask my readers some questions.

Do we have problem of salary payment before the coming of Yahaya Bello? Was his predecessor paying regularly as at when due? If the answers to above questions are not to the contraries, the general notion that Ebira men hardly do well when they lead is a wrong assumption.

It is instructive to note that the unpaid salary issues become Kogi State problem under Governor Capt Wada's administration. This said Wada is not an Ebira man. Let me also remind my readers that late Prince Abubakar Audu had problem of paying workers salary and pension during his first tenure in the State too. This is one of the reasons why he was ousted out of office and that said late Prince Abubakar Audu wasn't an Ebira man.

So, attributing Ebiras as colossal failure when it comes to leadership is unfair judgement about Ebira people. I must emphatically declare that even if the unpaid salary palaver actually started under Governor Bello, it is still not still a good justification to adjudge him as a failure. I maintain this stance because all the State across Nigeria presently owing workers' salaries are not being administered or governed by Ebira persons. The unpaid salary problem is a national issue even the oil rich State is enmeshed with it and not a peculiar to Kogi State alone. So going by this, that generalization is false anology and should be thrown into the dustbin.

Do we have Kogi State owned-run cars, phone, or manufacturing companies who were seriously into business exporting finished products out of the State which are now grounded on account of Governor Yahaya Bello's incompetence and maladministration?

So, if the answer is not to the negative side, then I refute that claim in entity that every Ebira person that lead always disappoint the masses.

I rest my pen till another day when I shall address the issue of majority as regard politics in Kogi State.

Shaibu Stephen Ojate is a journalist and public affairs commentator writes from Abuja. He is on Facebook and Whatsapp platform and reachable via phone number 09075716236.