You Are Not Living Up To Expectations, Delta APC Tongue Lash House Members 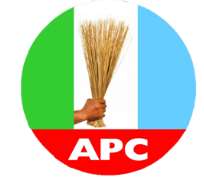 Members of the Delta State House of Assembly (DTHA), have been told to wakeup from their slumber and play their constitutional roles effectively.

In a press release Friday by the Delta APC Publicity Secretary, Barr. Ogheneluemu Sylvester Imonina, alleged that the state governor, Ifeanyi Okowa has turned the House into mere puppets.

"The All Progressives Congress, Delta State notes with worries the state of affairs of our beloved state as it concerns the seeming toothlessness of the Delta State House of Assembly.

"Available information says the non-vibrancy of the House is traceable to the overbearing influence of the Governor on the Leadershing of the House.

"Under the 1999 Constitution of the Federal Republic of Nigeria as amended, the House of Assembly acts as check to the excesses of the Executive arm. This, the House does through oversight functions and challenging of Executive recklessness.

"However, we note with all sense of responsibility that the present House of Assembly members are not living up to expectation. It is either they are being bullied and starved of funds in carrying out their oversight functions by the PDP led State Executive Arm of Government, or they have their hands soiled by unsavoury food cooked by the Executive Arm of Government.

"Weeks ago, the Governor of Delta State presented a supplementary budget to the House. Without proper and/or thorough consideration of same, it was passed into law in less than twenty four hours. Information available to us was that majority of the members were not privileged to see the content of the supplementary budget that was passed by the House of Assembly. It was/is a case of either you comply with the dictate of the Governor and the compromised leadership of the House, or you are given indefinite suspension. What a political abracadabra!

"Employments were/are given by the Executive without following due process. For instance, the recently employed teachers in the State were products of secrecy, after the initial advertisement in a local Newspaper. Thereafter, the considerations for their employment were clothed with whom the Governor and his allies wanted, not what the civil service Rules dictate!

"We also note with concern the profligacy of the recently appointed members of the Board of DESOPADEC. Information has it that each members of the Board were given monies, running into the neighbourhood of one hundred million naira. Because of the volumes of monies in their pockets, withing few weeks, some bought properties and cars worth almost fifty to sixty million naira, while oil producing communities and Deltans wallow in abject poverty. No thanks to the House of Assembly that is not living up to her expectation!

"We call on members of the House of Assembly to wake up from their political somnabulism and do what the Electorates voted them for: Good and quality representations, not appendages of yes sir to Mr. Governor. Anything short of that, they should not expect pampering from Deltans, as they are wiser now", the statement added.