Mistakes Bobi Wine has made so far ever since he showed interest in the presidency! 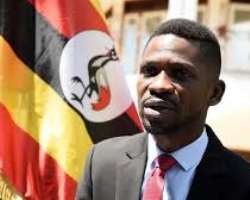 President Museveni has always sought to rule by divide & conquer: he says our problem is about "Bobi Wine speaking to the Americas against Uganda", or ''Besigye standing against him since 2001'' - No, it’s NOT! It’s actually about the bad governance in the country, and it affects anyone regardless of political affliation, tribe or religion. The French had the right idea in 1789 when they realised that the root of their problems was their aristocracy & so had a revolution to fix the insane levels of inequality; we need the same kind of drastic change, only a more humane version without the literal beheadings; we need a political revolution to drag power from the corrupt aristocracy in NRM govt, back to the 'common people'.At the moment, the opposition looks weaker and pretty divided because of mainly the mistakes that have been made by Hon.Kyagulanyi aka Bobi Wine, and his People Power(PP) supporters.

Politics should rise above personal feeling and emotional susceptibilities. It is time we give it, through rigid systematization,ideals and policies, that should count.Therefore,I don't understand why supporters of Bobi Wine have branded themselves as the best abusers- they insult, derogate, belittle,or bully people especially online.Those who criticise, or disagree with Bobi get labelled with disparaging words. Besigyeists become Fascists and moles. Democrats become fools. It seems to destroy any real exchange of ideas. Being mean, has become virtuous. Facts have become meaningless. Fake news and character assasinations has become the order of the day.Vitriol has become accepted as normal by man.What I am referring to is stressful manipulation in which a manipulator tries to force you to do something you don't want to do by controlling your mind emotionally. As a result, a lot of people ,who fear to be abused, only say nice things about Bobi, and keep the bad stuff to themselves.

Bobi - declaring his interest in the presidency two years in advance was a political blunder due the following reasons:

a)-it will stretch him financially;
b)- it helps Museveni, in advance, to punch holes in the little preparations he may have had before the elections;

c)- it made a lot of opposition leaders to detaste him because he showed disrespect to them--not even Museveni is capable of issuing such a statement now till when he has been endorsed by the NRM Delegates Conference, yet everyone knows that he's going to stand. For Bobi, there is no past or present; only himself, rising as a self-creation out of the mist. He feels no need to seek alliances before pronoucing his candidature because he has no clue about how alliances have affected our past, and still affects our present.

d)-It exposed his inability to make deals. First, he was seen hobnobbing with the DP-Block before they had a fall out. Then he jumped on a cooporation with the People's government- which has yet to bear any fruits. At the moment, It's the cult of hope that he is riding on- because Ugandans are so desperate for change.Like with drugs, it may be that more people want the cheap or fast enjoyments when under oppression or in difficult times

What is especially interesting is there has not been anybody in the history of Uganda who has ever won a presidency without a structure,or being close to power. Even the Baganda that started the fight against British colonialism, had to organise themselves into several structured movements that later evolved into political parties. Museveni needed structure/s in his fights against both Amin and Obote. PP, as it is, is easy to infiltrate because even an NRM can claim to be a PP, and you can do nothing about it. The PP movement will need structures if its to survive in the long term. Otherwise, it reminds me of pressure groups such as Ssubi- the one before the 2011 elections. It's not a stretch to believe either, at minimum,that I cant see PP, as it is, beyond 2021.

A lot changes in two decades. A lot also stays the same. Take Besigye's message to Ugandans during the 2016 campaigns that they should also go out and vote in big numbers, and leave vote-protection to him. The elections ended with Besigye under house arrest and Museveni declared as a winner. But he, later, put a disclaimer that he only goes into elections to mobilse forces of change.

Fast-forward to the present, Bobi's message that elections work and encouraging Ugandans to register for IDs in big numbers, its something that doesnt move a lot of Ugandans who have seen the same cycle under Besigye. Unlike the duo, Museveni joined the 1980 elections very well knowing that Obote was going to rig them.He stood against Sam Kutesa in Mbarara North Constituency not expecting to win- It was a decoy, as they say in football, to deceive Obote that he believed in elections. After the elections, he took Kutesa to court citing rigging. This again was a way of deceiving Obote that he believed in courts of law. As such, the state reduced the number of intelligence boys that were following him. His plan from day one was war, and used the elections to activate the FRONASA cells that he had built over the years, especially while fighting Idi Amin. UPM candidates were always protected by FRONASA during campaigns-Fred Rwigyema was their head of security. M7 had a plan, lived by his plan and he executed it to the dot. He is a very good strategist.

Finally, I believe that success is a mixture of good preparation and luck. I believe that Museveni too believes the same- he has been lucky in all his endeavours to become president, and maintain power. I believe that God has given Bobi some lemons to make lemonade out of them- in as far as Uganda politics are concerned. But I don't think he is prepared enough to squeeze juice out of them, a reason I requested him to work with Besigye who seemed or seems more prepared- unfortunately, it hasn't happened. Yes, he has support but, unfortunately, it will mount to nothing after 2021. My biggest worry now is how he will galvanize his supporters again, beyond 2021 electioneering- that will be his biggest test.