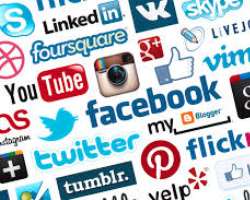 Restriction of social media by the Federal Government is to deprive the citizens of their rights and freedom of speech. Socialmedia makes publicity of things done by the governmental agencies and nongovernmental agencies to the masses which is going to affect the current administration when things are being don wrongfully such as manipulation. The claim hate speech and false information has been in existence before social media, restricting it might not reduce hate speech and false information but another platform might be created. This is not an autocratic system but democratic which people have freedom of speec and everything legal. The government can't keep harassing the citizens using different forces. Social media has been of an advantage than disadvantage.

Social media regularizing will make little or no change in terms of hate speech and false news because some people don't know how to handle these platforms, what goes around more is word of mouth. The government should spend their time more on what will improve the economy not on this. Social media has helped people and organizations to build their businesses all over the world. Restricting it now shows there is a lot the government is hiding and about to hide of which they know it will surely be on different platforms which they have to account for either from the citizens or opposition parties. These platforms were use by this administration to campaign during election and now restricting it because of selfishness.

The government should consider the citizens before making such decision especially in a country of over 180 million people and at least 60% make use of social media and the remaining 40% do not use social media media due to level of education, choice and rural areas. Taking Facebook as an example people who use it consist of the old and young, elites and non elites to pass information and notification on certain issues. This is a threat to the society against their freedom in order for anybody not to come against their will including the civil societies. Even though some people use social media for negative purpose such as what is stated by the government but the government should use another measures on such issues only if it is not true and proper investigation to be taken by the agencies involved, civil societies, citizens and government before taking action.

It is the work of the government to protect its citizens not restrict them from their rights in a democratic system of government. The government shouldn't have anything to hide but to be open to the public on all actions and decisions to be made. It is wrong to regulate social media because it has given many people voices and encouraged people to speak in public. Motivates people to be a better version of themselves, taking this away will cause a lot of damages in peoples life. Nigeria is not like other countries that has restricted the use of social media because we are different due to background and culture. We lack many social amenities and we still surviving and now restricting social media, then what is left for us from the government? Social media shouldn't be restricted because of political reasons being hidden under fake news and hate speech. It is the only platform that gives voices to the masses without restrictions and now the government want to take that away.