Why We are Reforming Imo Civil Service – Ihedioha 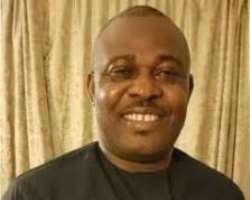 Governor of Imo State, Rt. Hon. Emeka Ihedioha says he has put machinery in place to ensure total reform of the State Civil Service, describing it as necessary for the success of the Rebuild Imo administration.

The Governor gave the explanation while speaking at a Public Service Stakeholders’ Summit organized by the State Government at Concord Hotel, Owerri.

Represented by the Deputy Governor, Engr. Gerald Irona, the Governor described the public service as the engine room of the public sector, adding that a vibrant and motivated public service is necessary for the success of every administration.

“This Summit has been convened with a view to reviving and reinventing the Imo State Public Service and aligning it with our vision to rebuild, reposition and transform Imo State to become one of the three most developed economies in Nigeria by the year 2025.”

“The public service, as we are all aware, is the engine room of the public sector. Governments either rise or fall on the shoulders of their public service. We are, therefore, committed to re-engineering the Imo state public service, with a view to bringing it to line with global best standards. This Summit is part of the efforts aimed at restoring public service back on track.”

“We are proud that Imo State is a leading state when it comes to human resources. However, the productivity level of the public service has left much to be desired. Eight years of abuse, engendered by nepotism, delayed salaries and a spate of under-payments by, sometimes, as much as 30 percent of salaries due left the otherwise virile Imo State public service comatose. We are also aware of years of abuse of the public service procedure and the infusion of invasive species through imposition of strange personnel without regard to due process.”

Continuing, the Governor stressed: “the present government, under its Rebuild Imo Agenda has embarked on a series of reforms designed to restore the morale and capacity of public service, improve service delivery and boost productivity. You would recall that this government had earlier set up a review committee to look into cases of improper or irregular appointments, promotions and other related matters. While we awaited the final report, we approved the restoration of payment of 100 percent salaries to all workers in the State. In the same vein, Local Government workers were paid the backlog of salaries owed them by the last administration.”

Speaking on some transparency initiatives of the present administration, the state helmsman explains:

“At the inception of this government, we set up a structure for transparency and accountability in the governance process. This includes my signing into law, Executive Order 005, known as Treasury Single Account (TSA) Order designed to consolidate all government revenues under one account. We are also implementing the International Public Sector Accounting Standards (IPSAS) in compliance with international public service best practice.”

“It may also interest you to note that my administration has applied and is in the process of joining the Open Government Partnership – OGP, a multi-stakeholder initiative, with a view to entrenching openness and transparency in governance.”

He however challenged public servants in the state on improved service delivery, urging them to justify the present administration’s huge investments in them.