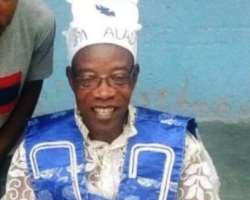 A Christian cleric, Pastor Solomon Oni Opaalade has been remanded in prison for stealing turkeys and goat in Osogbo, Osun State.

Adeniyi said the pastor stole the items at Baruwa area in Osogbo and thereby committed offences contrary to and punishable under Sections 390 (9) of the Criminal Code, Cap 34, Volume II, Laws of Osun State of Nigeria, 2002.

He added that the pastor also used charms to threaten the owner of the goat in a manner that could cause breach of peace.

Opaalade pleaded not guilty and his counsel, Mr Taiwo Awokunle sought bail for his client.