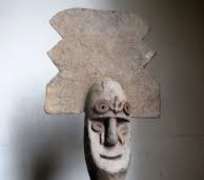 (Chicago, Illinois, USA, Tuesday, 29th Oct 2019): The Ekwenche Research Organization, the Biafra Genocide Survivors Int’l and the Persecuted Christians Int’l; all based in the United States are strongly warning and calling on the Nigeria Police Force and the Army led Military to account without delays or excuses the extorted totals of N806b, criminally taken from innocent and industrious citizens of old Eastern Nigeria in the past 50 months (August 2015-Oct 2019). This firm demand is based on recent special report by the Int’l Society for Civil Liberties & Rule of Law; a renowned rights, democracy and security watchdog based in Igbo Land.

We wish to further inform that this position of ours is a follow-up to our earlier statement issued on 22nd Oct 2019 in which we applauded Intersociety on its recent reports bordering on state created insecurity in the Southeast and the South-south. Our latest statement seeks to renew our strong opposition to insistence of the Nigerian Army on going ahead with its planned murderous and atrocious operations in the two geopolitical zones. The two operations are needless, worthless, unwarranted, provocative, act of war, genocidal and laden with ethno-religious ulterior motives.

The Ekwenche, Biafra Genocide Survivors Int’l and Persecuted Christians Int’l are also calling on the Nigeria Police Force and the Army led Military to account for more than 480 unarmed and defenseless citizens of old Eastern Nigeria massacred during military and police attacks that took place between August 2015 and Sept 2017 as well as over 500 others shot at close range, maimed and crippled for life. This call also follows special reports by Intersociety (Jan 2019) and Amnesty Int’l (Oct 2016).

Use The N806B To Reconstruct All Failed Federal Roads: The accountabilities under demand must swiftly and inexcusably be rendered; and must include refunding the extorted totals of N806b to the dedicated accounts within the coffers of the Governments of Anambra, Abia, Ebonyi, Enugu, Imo, Akwa Ibom, Bayelsa, Cross River, Delta, Edo and Rivers States. The totals shall be jointly used by the affected State Governments and the Federal Government of Nigeria in execution of strategic or public interest projects particularly reconstruction of all federal roads in the two regions.

Criminal N500B From Top Police Officers ‘Juicy’ Transfers & ‘Special Security Services’: For clarity, the N500b part of the N806b is credibly alleged to have come from ‘police top officers’ ‘juicy’ transfers and special security services’. The amount was criminally pocketed in the past 50 months or August 2015-Oct 2019 by the past and the present authorities of the Nigeria Police High Command. It is further divided into N10b per month, N120b annually and N500b for past 50 months or August 2015-Oct 2019.

Further, it has been independently found that over 95% of the N806b, excluding the N56b Military extorted sum, directly and indirectly belongs to the citizens of old Eastern Nigeria, illicitly and licitly paid to the Police authorities and their personnel in the course of doing their traveling, banking, industrial and other commercial businesses. Out of the amounts illicitly or licitly paid to the Police in Lagos, Kano, FCT, etc, greater percentage is found to belong to the industrious citizens of old Eastern Nigeria doing businesses in Lagos, Kano, FCT, etc.

Source Of Information Regarding The Criminal N500B: It is reminded that the information regarding the criminal N500b was disclosed in August 2017 by Senator Isa Misau, a retired Deputy Police Superintendent and Senator representing Bauchi South District.; a weighty and shocking allegation and disclosure that the Federal Government of Nigeria refused to thoroughly and conclusively investigate till date. The link to the information is here: https://punchng.com/igp-collects-n120bn-annually-from-firms-vips-senator-misau/

How To Recover & Refund The Extorted N806B: To recover and refund the N806b, the Federal Government of Nigeria must set up a special investigation committee, with six months deadline, to dismantle the ‘returns criminal culture’ in the Nigeria Police Force concentrated in old Eastern Nigeria and retrieve the money from IGPs and DIGs that served from August 2015 to Oct 2019 and from Oct 2019 to May 2020. Others compulsorily accountable are all AIGs, CPs, DCPs and ACPs especially those in charge of operations (OPS) in the Southeast and the South-south who served from August 2015 to Oct 2019 and those that would serve from Oct 2019 to May 2020.

The rest who must account for the criminal N806b are all CPs, DCPs and ACPs in charge of Federal Highways within the two regions and those linking them with other regions; Area Commanders, Divisional Police Officers, SARS Commanders, Anti Cult Commanders, Ant Terrorism and Oil Bunkering Commanders and Commanders of the Mobile Police Squadrons, etc who served in the two regions since August 2015 and those that would serve between now and May 2020. All their ill-gotten investments including moveable and immoveable properties such as hotels, event centers, hostels, gas and oil stations, mansions, exotic cars, industrial vehicular including commercial buses and tricycles, high rising commercial buildings, etc as well as equity shares in quoted firms must be located, confiscated and resold to make up the refunds.

For those still serving, there shall be 30% deductions from their monthly remunerations and for those retired; there shall be 20% deductions. Same processes shall be applied to recover the N56b ‘stolen’ from Easterners by the authorities and personnel of the Army led Nigerian Military. Whatever remains to make up the N806b shall be paid to the eleven old Eastern States including Delta and Edo States, from the Consolidated Revenue Accounts of the Federal Government of Nigeria. This demand is also a test case for the Buhari Government that claims anti corruption as the main policy trust of its Government.

Demanding Accountability For Massacred 480 Civilians & Over 500 Maimed Others: In the area of massacre of over 480 unarmed and defenseless citizens of old Eastern Nigeria and maiming of over 500 others including the incapacitated, the disappeared and the wrongly incarcerated; their accountabilities must include FEC-constituted Judicial Commission of Enquiry to be seated in Onicha Mmili (Onitsha), Igwe-Ocha (PH), Ahaba (Asaba), Mbala-Ala (Aba) and Umuahia-Ibeku (Umuahia).

The terms of reference of the Judicial Commission must include: (a) who and who were killed, (b) who killed them, (c) why were they killed, (d) how, where and when were they killed and (e) where were their bodies taken to. In the area of the maimed, terms of reference shall include: who shot and maimed them, how were they shot, where and when were they shot, which parts of their bodies were shot and what happened after being shot and maimed. Names of the abducted, the disappeared and the tortured must also be disclosed and computed.

All the perpetrators, from field combatants to operational commanders and those that ordered and supervised the massacre operations must also be fished, profiled by the Commission and handed over to ICC. It be must be warned that failure by the authorities of the Army led Nigerian Military, the Nigeria Police Force and their guarantors-the Federal Government of Nigeria to timely and inexcusably hearken to our demands will leave us with no other option than to open a floodgate of class-action suits at home and in overseas as well as embarkation of sustained international media, rights and diplomatic campaigns.

6,900 Police & Military Roadblocks In The Southeast & The South-south Must Be Dismantled: Further steps by the authorities of Army led Nigerian Military and Police must be taken to dismantle permanently the projected 6,900 police (6,300) and army (600) roadblocks in Eastern Nigeria. The extortionist roadblocks and the official highway robberies; must be scrapped and replaced withoperational, mental and electronic intelligence and policing-the international security and policing best practices effectively used in checkmating crimes of domestic nature in struggling economies like Nigeria.

Opposing Military Operations & ‘Operation Positive Identification’: There shall also be total end to disguised murderous and atrocious military operations in old Eastern Nigeria including the two coming ones, not matter whatever names called, scheduled for 1st Nov -23rdDec 2019. The military operations are nothing short of terrorization and provocation of the People of the old Eastern Nigeria including Delta and Edo States. The so called ‘operation positive identification’ is nothing short of crude and archaic soldiering which further exposes unprofessionalism, emptiness and tactlessness of the Nigerian Army in matters of internal security. The Army seems to derive joy in massacring defenseless civilians or laying of traps to massacre them while running like fowls on sighting members of terrorist organizations such as Boko Haram and ISWAP.

More Lawsuits & Int’l Campaigns Coming Unless…: The Ekwenche, as a premier, prophetic, prolific and bold Igbo group, now joined by the Persecuted Christians Int’l and the Biafra Genocide Survivors Int’l have advanced plans to unleash a floodgate of lawsuits against the Federal Government of Nigeria and its protected atrocity crimes perpetrators, unless our above demands are fully and unconditionally met. Ekwenche has already filed two international lawsuits against the perpetrators in Nigeria; with one (civil) filed in May 2017 in the United States District Court (High Court), now at the US Court of Appeals and the other (criminal) lodged in Feb 2019 at the Int’l Criminal Court, in Netherlands. Ekwenchehave also vowed to pursue the two cases and other coming ones to the logical conclusion. The appellate TVPA Case now before the US Court of Appeals must also be followed and pursued to the end

Consultations with legal experts through our legal departments are ongoing; with intent, when appropriate, to slam more lawsuits including compelling the perpetrator security bodies and the Government of Nigeria to refund the N806b ‘stolen’ from the citizens of the old Eastern Nigeria and seeking for reparations for atrocities committed against our lands and her People as well as obtaining the interpretative and declaratory court reliefs for purpose of dislodging and sending the over 34,000 flooded personnel of the Army led Nigerian Military and the Police and their 6,900 extortionist roadblocks out of roads in old Eastern Nigeria. Other lawful actions including int’l campaigns are being perfected.

Military & Police Movements & Activities Being Monitored In Old Eastern Nigeria: We wish to assure the authorities of the Army led Nigerian Military and the Police that every inch of their ulterior motives, movements and activities in old Eastern Nigeria particularly in seven Igbo dominated States of Anambra, Delta, Rivers, Abia, Enugu, Ebonyi and Imo and others with sizeable Igbo populations is forensically being monitored. We are already watching carefully over major forests and bushes across Igbo Land and will disclose publicly the number of new Fulani settlements and their military and police protection formations or checkpoints created at the end of the coming murderous and atrocious operations. The Southeast Town Unions is hereby called upon to rise to the occasion.