The Rev. Biodun And The Matter 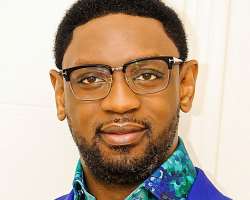 I pledge to tell the whole truth! In case, you have braced up to cite this epistle as evidential, well, you may be an unrepentant joker. Would this piece be a pure banal of long sentences? That, I doubt. A click on Google and many social cites will pour out in torrential fashion several versions of the time-sensitive issue between the Abuja based-preacher and the celebrity photographer. As a committed learner to wise substance and valuable content, I restrict myself from weighing the scale of justice. This shouldn’t be I guess, well perhaps, in your opinion, which I respect but my not subscribe to.

What is the matter, this man? Is it the same hammering, hovering or commotion of thoughts? Not at all, I understand, he – the Gucci pastor fell out of the pulpit in giving honor to whom it was due, of course not to his creator this time, but to his spiritual pillars and mentors. I equally, hold the awareness that there was a choice demand for a deserving published apology, that is, if it is not undeserving. As far as I know, this is still not the matter.

This man, what is the matter? Here is the matter and I mean, the real matter men and their bodies are foes. They wrestle every now and again. For how long has this man-body brawl been on-going? Since the teenaged period, I suppose. Where the body is not disciplined or submerged, it gains an unabashed victory over the man. Was it that the Rev. Biodun’s body conquered him? Who am I to ascertain? As far as I know, it is neither here nor there or either here or there.

Back to the body-man theory. Like the Gucci pastor like everyone – Are we rapists? How dare you conjuncture that? We are not. Then, how come you found a parallel ground in us? Yes…. We are first, “body” and second, “man”. If the body conquers the man, he is a rapist where the man defeats the body he is “unrapist” – In our society, we men have been in a protracted war against this friendly enemy. Without the body, we exist not, with it, if untamed, we are rapists. The Biblical David, the father of the wisest man, at least, in the account of Christians, had his body floored him, perhaps once. The king’s body won. It was a disastrous conquest for the mighty David. Our Bible Hero-David mountained from “body fall” to “premeditated murder”. There is nothing, a man can’t be or can’t do if the body conquers. At least, the hormones are regularly present in all of us to fuel the body terror and get us charged for a night job or shamefaced sexual act. Did Biodun’s body quash him or his priestly body is just being framed up as vulnerable, delicate or senselessly yielding? Mad women have been raped by “normal” men; fathers have “sexed” their daughters; step mothers have cohabited with their step sons; maids have been impregnated by the “Ogas”. Men are known to have demonstrated pure weakness in body-man conflict. Who fell? The Gucci preacher or his mortal body? If the body of “our man” didn’t stumble, why call him a rapist, perhaps, the body wobbled and quashed.

As far as I know, the real matter is body-man struggle. May the spirits or ancestors conquer our bodies, lest, the man is a rapist.