We Are The Sons And Daughters Of Oduduwa And Not Yorubas 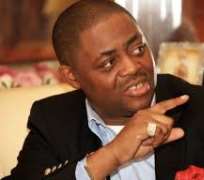 The South East rejected that name but the South West accepted it. The name "Yoruba" derives from "Yariba" and it means "shady and unreliable". I reject that strange name and label and I hope and pray that the good people of South Western Nigeria will see the wisdom in doing so too.

I am not a "Yariba" or "Yoruba" but an "Omo Karo Jire" or an "Ooduwan" and my lanuage is not "Yoruba" but "Anago". We are what we call ourselves. We are not "shady and uneliable"(Yariba) and we must not accept names that are given to us by our historical adversaries.

Any Omo Karo Jire or Ooduwan that continues to call himself a "Yoruba" is lost and does not know the implications of what he is doing to his own people. He is simply affirming and confirming an insulting label which has deep sinister, mystical and spiritual connotations.

The word "Yoruba" did not even exist until the 18th century and even then most of the tribes of the SW, including the Oyo's, rejected it due to its origin and meaning. The word "Yoruba" is alien to our culture and not known in the Anago language. Ooduwans please take note.

The first time the word "Yoruba" was used as a generic term for ALL the people of the South West Nigeria was in the 19th century by Bishop Samuel Ajayi Crowther. He did us a great disservice there given the fact that it derives from the word"Yariba" which the Fulani used to describe our people.

The meaning of the word "Yariba" is "usurper, deceitful, shady, treacherous, cheating usurer and double-dealing bastard". Once again I reject that name.

The good people of South West Nigeria are "Anagos" or "Omo Karo Jire's" or "Omo Oluabi's" or "Ooduwans" and we are NOT 'Yaribas' or 'Yorubas'.

I, FFK, a proud Ife, an Anago, an Omo Karo Jire, an Omoluabi, an Ooduwan and a son of Oduduwa, will NEVER answer to the name "Yoruba" again or use it to describe my people. We are better than that.

The British named our nation "Nigeria" meaning "area of darkness" and the Fulani named our ethnic nationality "Yariba".

Put together this means "a group of deceitful, shady, treacherous usurpers and bastards from an area of darkness".

Is it any wonder that we are still in servitude and bondage? What a terrible combination. We have been snared by our names.

May God open our eyes, may He help us and may He deliver us! We must start helping ourselves by rejecting these deeply demonic names, labels and terms.

We are FAR better than the baggage that those horrific names carry.

If the Lord can change the name of Jacob (meaning 'shady character, rogue and trickster') to Israel (meaning 'God contends') then He can change ours too.

If Jabez (meaning 'one who was born in sorrow') can call on the Lord to break the chains and remove the limitations of his name, to enlarge his coast and to bless him abundantly so can we.

Remember: we ARE what we call ourselves!