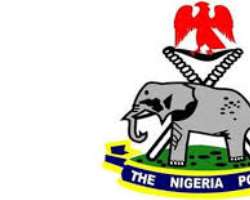 It was gathered that four security personnel who were on mufti laid siege at his Asaba residence around 6:00am on Tuesday, waiting to whisked him away while the journalist was said to have refused to open door on the ground that he didn't know the identity of the operatives.

It took the intervention of journalists and officials of Nigerian Union of Journalists (NUJ) Delta Council who stormed the resident of the reporter around 10:40am to ascertain who the the people were before the journalist came down and was driven away by the police in a black tinted lexus car to the state headquarters.

“My residence was besieged by unknown persons early morning, I did not know who they were because they were not on uniform.

“I don’t know why they came. But I learnt they had called for reinforcement. So I held up in my apartment because I don’t know what’s really happening. It was when some journalists came, I open door and came down and they drove me to police headquarter” he said

At the time of filing this report, Prince Udemude has been sent to the station after his statement had been taken by the state Criminal Investigative Department (CID)

The Police Commissioner in the state, Mr Adeyinka Adeleke who confirmed the arrest, said "Please calm down, the person I asked to get me the information has not done so, I will get back to you".

All efforts to see that the journalist was released met brick walls at 6:53 pm when our correspodent left the station.