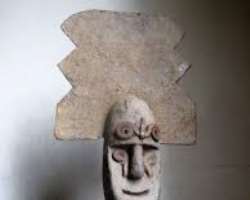 (Chicago, Illinois, USA, 22nd Oct 2019)-The Ekwenche Research Organization in Chicago, USA hereby commends Intersociety for their tireless and selfless efforts particularly by painstakingly carrying out three field research works in one year that not only documented gross human rights abuses and violations in old Eastern Nigeria particularly in Igbo Land but also contained details of economic costs that came with such state atrocities.

The highlight of the three field research works was murderous and atrocious militarization or military and police occupation of the peaceful and defenseless region of the humanly cursed and bastardized country and economic exploitation of the citizens of the Region. Intersociety’s recent data have also vindicated Ekwenche and confirmed her earlier reports.

As can be seen, Intersociety recent reports are very much in line even more detailed than our last presentation to the United Nations. It is unfortunately shameful that the State Governments of the day in Igbo Land and the old Eastern Nigeria in particular and the so called ‘Nigeria Federation’ in general have turned a blind eye on these documented monstrously unchecked atrocities against our defenseless and industrious people.

The staggering N306b officially robbed at gunpoint by military and police at Eastern Nigeria roadblocks from our defenseless, peaceful and industrious People can comfortably build six universities in the Region at N50b each, or 6,000 standard community secondary schools at N50m each, or 10, 000 standard primary schools at N30m each. The amount can also comfortably reconstruct 30 failed federal roads in Eastern Nigeria at N10b per 80 kilometers each.

If it is in the area of public hospitals, the amount can comfortably build 1,500 standard community general hospitals at N200m each and 600 standard urban general hospitals at N500m each; and it is further capable of sinking 30,000 standard boreholes at N10m or revamp 1,500 failed water schemes in the Region at N200m each. That is to say that the officially stolen amount can comfortably do any of the items listed or highlighted above.

EKWENCHE As Nostradamus
For years, Ekwenche, a premier, prophetic and bold Igbo group saw these coming and has continued her sensitization of Ndi Igbo both those at home and those in abroad, calling on them to join in the nonviolent campaign for Igbo freedom and emancipation within Nigeria or for outright independent State of Biafra or Ala-Igbo. Had our clarion calls be heeded en masse and thoughtfully, the present calamities including killings, maiming, lacerations, incarcerations, disappearances, torture and economic strangulations including vindictive border closures and official highway robberies through military and police roadblocks; etc, would have been a past tense or long forgotten. We saw the dangers much ahead and warned of same at countless times.

Since past decades, Ekwenche Research Institute had made a mark in the struggle for better Igbo Land and the entire old Eastern Nigeria. We have harped on self vigilance, self defense, collective security and service to humanity or selflessness, which is why our name bears “Ekwenche”. This is because communal vigilance, security and welfare were the key to successes recorded in the ancient Igbo society, as opposed to today’s individualism including utter selfishness, greed and accumulation of personal wealth and selfish and slavish attitudes of the wealthy.

We had in 1994 made landmark or sweeping inputs during the Constitutional Conference. These included highlighting the devious plans of the North to subjugate the Eastern States and strangulate the Region economically. In our submission to the Oputa Panel, Ekwenche demanded that Nigeria stop her evil plans, apologize to Ndi Igbo and treat them with respect and dignity. Sadly, all the findings Ekwenche articulated in her Paper to Oputa Panel in early 2000 were not and have not been addressed till date.

Another submission was made by Ekwenche to the UN Human Rights Commission (now Council) in which she called for the Re-establishment of Igbo Sovereignty, Reparations and adequate Restitution to be paid to the Igbo Nation for past atrocities inflicted on her by successive Governments of Nigeria and other politically oiled or backed violent entities including Fulani terror groups, lately, or in recent times. Ekwenche had in her submissions catalogued a host litany of evil treatments meted out on Igbo by Nigeria and demanded for immediate remediation and stoppage.

For past months or in the last one year, Intersociety, a reputable outfit has been warning Ndi Igbo about imminent dangers facing her and insisted they be frontally addressed before it is too late. No state can succeed with the level of militarization, economic strangulation and disruption, political sabotage and arm-twisting Ala Igbo has been riddled with in recent times. Intersociety had specifically in her latest report made it clear that the money extorted at police and military roadblocks from Ala Igbo and Ndi Mba Mmili in the past four years and two months or past 50 months is nothing less than N306b or $1b.

The respected rights and democracy watchdog had earlier in another field research report, released in Sept 2019 disclosed that “out of 73 top military and policing commanding officers manning key military and policing formations in Eastern Nigeria, only eight are from the two regions while 65 are made up of Muslim Hausa-Fulani and Yoruba officers with few non Muslim others from outside the two regions”. Intersociety had attributed the gross lopsidedness to rampant cases of ceaseless killings, maiming, lacerations, incarcerations, disappearances, torture and economic strangulations including vindictive border closures and official highway robberies through military and roadblocks; etc, enveloping the two regions.

Ekwenche wishes to strongly oppose the above named proposed genocide and economic sabotage friendly programs. The two proposed programs are nothing short of height of provocation and declaration of war against the old Eastern Nigeria by other means. By further planning to flood the two regions with soldiers and military hardware particularly under a state of nonviolent situation and conflict, the Nigerian Government is pushing the two regions to war and terrorization. This is as over 70% of the federal roads in the two regions are in acute deplorable state. The situation is even worsened by a ban placed on all the State Governments in the two regions from repairing such failed federal roads.

If federal tollgates must be established in Igbo Land or old Eastern Nigeria, then all the failed federal roads in the two regions must be fixed. The two regions must also not host higher number of such tollgates. As a matter of fact, such federal tollgates must not only be established across board throughout Nigeria, but also according to kilometers of federal roadways allocated. That is to say that if it is five kilometers per federal tollgate, then it must be applied across board or evenly throughout the country.

In other words and going by Nigeria’s land allocation per State or region, there is no way the Southeast (29.525km2) and the South-south (84,587km2) with total landmass of 114,000km2 can host more federal tollgates than Borno and Niger States put together with total landmass of 144,000km2. As a matter of fact, Southeast Region, with smallest landmass of 29,525km2 should host the lowest number of federal tollgates, in addition to repairing of all its failed federal roads as well as dismantling, removal and discontinuation of the 6,900 police and military roadblocks and accountability for the N306b criminally collected at gunpoint.

Genocidal Military Operations In Eastern Nigeria Must Be Discontinued

We are also opposed to planned military operation in the two regions under whatever disguise or names called. The attitude of the present leadership of the Nigerian Army which almost daily basis now forms habits of describing the massacring of unarmed and defenseless citizens of Eastern Nigeria and maiming and incapacitation of others with live bullets during its previous genocidal operations in the two regions as “successes recorded in our past operations python dance” (now changed to “operation peaceful dance”) is deeply condemned.

This shows that the secularity and national identity challenged Nigerian Army is deliberately killing and maiming our people using its personnel majorly catered for and military weapons and hardware procured with natural, human and commercial wealth resources of the citizens of the two regions. The Army is in disguise and under false pretence, waging wars against the unarmed and defenseless citizens of the two regions; pretending falsely of “fighting domestic criminalities” (“bandits”, “armed robbers”, “cultists”, “kidnappers”, “militants”, etc). Army are never trained for controlling ‘domestic’ or ‘street crimes’ and are interlopers.

Ekwenche suspects strongly that the Nigerian Army military operations in Igbo Land or the entire old Eastern Nigeria are riddled with ulterior motives. Such operations are likely for ‘creation and protection’ of new and old Fulani settlements. The recent alarms raised by Intersociety and Association of Southeast Town Unions are a clear case in point. While Intersociety cited the case of Umu-Ura, Ogwe Forest new Fulani Settlement in Ukwa West, Abia State and two new Army checkpoints permanently created to protect it, there was also an alarm raised by Intersociety, ASETU and the media in August 2019, disclosing the takeover of not less than 139 Igbo communities, villages and other locations by Fulani Herdsmen; fully protected by the Nigerian Military particularly the Army and Mobile Police Squadrons. About 56 of the 139 are found in Enugu State and 24 in Anambra.

We hereby call on all Igbo Diaspora organizations to strongly and timely support their Town Unions at home and seek better and result oriented ways of working with them for purposes of beefing up communal self defense and monitoring the movements and activities of terror Fulani Herdsmen and personnel of the Nigerian Military and Police. The Igbo Town Unions must specifically be made to monitor and document cases of military and police invasions, killings, abductions, rapes, disappearances, torture and property destruction perpetrated in the course of any disguised operation as well as the movements and activities of Fulani Herdsmen throughout Igbo Land.

Suspicious Fire Outbreaks In Anambra and Edo: Igbo Markets & Cities Must Be At Alert

The four major fire outbreaks in four days (16-19 Oct 2019) that gutted Onitsha Upper Iweka, Ochanja Market, Omagba Layout and Agulu all in Anambra State as well as Santana (“Fufu”) Market along Benin-Sapele Road in Benin, Edo State are not to be treated with kid gloves or be lightly seen as ‘mere fire outbreak’. Lives lost are over a dozen while wares and fixed properties destroyed or lost are in billions of naira. At Omagba fire outbreak, dozens of cars parked in a major mechanic workshop were all burnt to ashes. In all the four infernos, hundreds of lock-up stalls filled with wares were also burnt to ashes; with several commercial buildings totally or substantially destroyed.

In Anambra State in particular, there is supposed to a judicial commission of enquiry to look into the suspicious infernos. This is more so when the four fire outbreaks particularly those that took place in the State all bore semblances of ‘fuel terrorism’. Till date, the whereabouts and identities of the drivers of the perpetrator fuel tankers have remained unknown. Nobody has located any of their plate numbers or where the tankers and their drivers come from. The fuel leakages, timing and locations of the fire outbreaks are also utterly suspicious. Compounded by failed fire service stations and personnel particularly in Anambra State, the implication is that no part including market and street in the cities of Igbo Land is safe particularly at night.

Ekwenche therefore calls on the Emeka Diwe led Association of Southeast Town Unions, ASETU, leaders of all the markets and landlords and city/street associations in Igbo Land to ensure that security and monitoring of same are beefed up in all markets and cities/streets particularly at night from 6.30pm in the evening to 7am in the morning. This is in addition to procurement of sets of fire service equipment and recruitment and training of their handlers. In doing these, the principle of ‘preventive security’ or ‘prevention is better than cure’ shall be adopted and applied.