Madumere salutes Gowon as he turns 85, says he's a devout Nigeria at 85 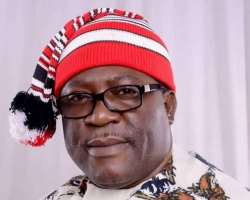 The immediate past Deputy Governor of Imo State, Prince Eze Madumere, has joined other notable Nigerians to celebrate the former Head of State, Gen. Yakubu Gowon as he turns 85.

Prince Madumere described the former Head of State, Gen. Gowon, as a dedicated leader who has not failed in leading out in the crusade for peace and unity of Nigeria.

The statement reads: “I rejoice with a great leader and an elder statesman, Gen. Yakubu Gowon, who has remained consistent in his devotion to seeing that a more peaceful and cohere Nigeria is a reality.

“We are not unaware of Gen. Gowon’s legacies, which will remain there in the sands of time. He has at various fora expressed regrets over the unfortunate civil war. It is also incontrovertible that he has spiritually and pragmatically stood by his belief in the unity of Nigeria.

“We remember vividly his “no victor, no vanquished” policy after a regrettable civil war. For the sake of ideal Nigeria he envisions and believes in, he has even travelled more crusading for its realisation than when he was on the saddle. In Nigerian project, his contribution is undoubtedly monumental and even at his old age, he acts very youthful when it comes to the development of the country.

He however called on Nigerians to emulate Gen. Gowon’s lifestyle of patriotism, an attribute he described as a workable model towards healing Nigeria of its challenges.