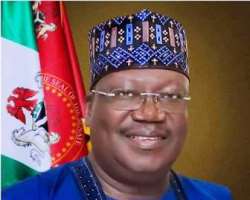 A prominent pro-democracy and civil Rights advocacy group- HUMAN RIGHTS WRITERS ASSOCIATION OF NIGERIA (HURIWA) has expressed shock and consternation that the Economic and Financial Crimes Commission (EFCC) which has extended its dragnet are actively in pursuit of and targeting students and youngsters allegedly engaged in advanced fee fraud (Yahooyahoo) has grown cold feet now that allegations are swirling that there is brewing employment racketeering in the National Assembly and the office of the Inspector General of Police.

The Rights group said it was pure act of discriminatory applications of the relevant laws against fraud and graft that the anti-graft agencies including EFCC and ICPC have shut their eyes to the widely circulated allegations made by the Police Service Commission (PSC) accusing the Inspector General of Police Alhaji Mohammed Adamu of involvement in alleged fraud in the recently compiled 10,000 prospective constables just as a section of the media including the highly infleluential Daily Trust newspapers ran a story alleging that the Senate President Ahmed Lawan cornered 26 jobs slots to himself from the Federal Inland Revenue Service (FIRS) an agency of government which the constitution has tasked the Senate to carry out oversight supervision.

"We are indeed shocked that whilst Nigerian tax payers spend billions of Naira to fund the operations of the anti graft agencies, the usually boisterous Economic and Financial Crimes Commission (EFCC) which becomes hyperactive when suspected fraudster is of the Peoples Democratic party (PDP) and indeed the same EFCC that we saw arresting adulterators of palm oil in some parts of Nigeria are suddenly quiet and has refused to move against the Senate President Ahmed Lawman, the Inspector General of Police Mohammed Adamu and even the officials of the National Drugs Law enforcement agency ( NDLEA) who were reportedly involved in the selling of employment slots to the highest bidders but the EFCC did not think these big time and indeed sacred cows should be touched but prefers going after small thieves. The Federal Civil Service Commission is engrossed in employment scam but the apparently partisan anti graft agencies don't have the time to go after these 'friendly forces. "

HURIWA recalled that the Senate Committee on Establishment had uncovered an employment racket in the Federal Civil Service Commission, FCSC, through which no fewer than 80 prospective job seekers were defrauded of over N20 million. The Rights group said indeed these crimes should occupy the attention of not just the anti corruption institutions but the Department of State Services (DSS) should arrest the key figures because employment racketeering is both an economic crime and a major threat to national security.

HURIWA stated thus: "Is the EFCC not aware that the Chairman of the Committee, Senator Emmanuel Paulker (PDP Bayelsa Central), made it known in Abuja on Monday while three members of the Commission were being screened by the committee for re-appointment as Commissioners that the Federal Civil Service Commission is filthy and is now a job racketeering network? The same ranking Senator disclosed that over 80 job seekers were recently reported to have been swindled of N250, 000 each for employment into federal civil service which turned out to be fake just as Paulker, described the scandal as a “huge embarrassment to the country that should not have been swept under the carpet.”

He said the committee will like to know what role the nominees who are being screened for re-appointment knew about the scam and their individual roles in the scandal."

The Rights group said : " Does the EFCC not know that the FCSC is the executive body that has the authority to make appointments, transfers and exercises disciplinary control over all federal civil servants and that the criminal act of auctioning job slots to the highest bidders is a grave crime to the nation's economy and indeed constitute grave national security threats?" Like Senator Paulker HURIWA wonders why the Independent Corrupt Practices and other Offences Commission (ICPC) that investigated the scandal failed to make its report available to the committee upon request and the EFCC is silent about this but is going after petty criminals?"

HURIWA affirmed that: " It is notorious that Senator Paulker further said the alleged racket was so serious especially when the seal of the Commission was used by the racketeers adding that while few of those who got appointment letters started work “others worked for over three months and had to be stopped when the scandal blew open even as he noted that it was all the more shocking to discover that some commissioners who served during the period were fingered to have been involved in the deal."

Relatedly the HUMAN RIGHTS WRITERS ASSOCIATION OF NIGERIA (HURIWA) has asked the Senate President Ahmed Lawman to resign forthwith to allow for a transparent probe into the allegation that he the Senate President Ahmad Lawan (Yobe North) was said to have secured 26 job slots for his constituents, from the Federal Inland Revenue Service, Daily Trust exclusively gathered.

HURIWA recalled that A media report even quoted a youth association from Lawan’s constituency, Unity for Collective Progress Forum, as confirming that all the beneficiaries had received employment letters and were expected “to commence work in earnest”.

Besides, the association gave the breakdown of the beneficiaries’ local government areas, from Lawan’s constituency as Nguru, 5; Karasuwa, 3; Machina, 4; Bade, 7; Yusufari, 4 and Jakusko 3.

HURIWA has therefore charged the SENATORS to impeach the Senate President Ahmed Lawman should he fail to resign over this damaging allegations just as HURIWA has asked the Inspector General of Police to resign over the accusations that he was involved in alleged falsification of names into the list of 10,000 so as to favour Nasarawa State his state of origin. The Rights group said it will be legally horrendous should all these sweeping allegations be swept under the carpets.