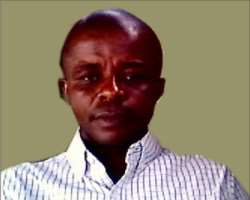 For a nation to develop rapidly, its citizens must learn the act of questioning settled political answers and demand answers to unsettled political questions-analyzing both formal and informal communication/proposition from the government.

Such an opportunity to question the so-called settled political answers again came the way of Nigerians following a recent report that President Muhammadu Buhari recently in Abuja while declaring open the 25th Nigeria Economic Summit (NES) with the theme: ‘‘Nigeria 2050: Shifting Gears’’ stated that the peaceful conduct of the 2019 general elections was a clear proof that Nigeria`s democracy was maturing. Noting that the resort to the rule of law by aggrieved candidates in settling disputes arising from the elections was another sign that democracy was improving.‘

‘The elections have come and gone. Our country, once again, has shown the world that we can choose our leaders in a peaceful and orderly manner. Apart from a few pockets of unrest, majority of voters exercised their civic rights without hindrance. ‘‘Furthermore, we also saw an increase in the number of aggrieved candidates and supporters, who took their concerns and grievances to the courts as opposed to the streets. This is how it should be. what this clearly shows is that our democracy is maturing,’’

On the one hand, there is a reason to believe such a well-chiselled statement considering its clarity. On the other hand, a crucial question emerges; is Nigeria’s democracy truly maturing? This question, if well answered has implications in creating political and economic gains as well as possesses the capacity to make the nation as a whole work together for the greater good.

This assumption is based on the assertion that life is like photography and photography is like life. You need the negatives to fully make valid sense of the true positive picture. The comparison between going to the courts and not going to the streets may lead one to conclude that Mr President focused more on outcome fairness as against processed fairness. These factors may have accounted for the seeming domestic distinction made by Mr President without first analysing the comments of different foreign observers.

As the next paragraph will show, there are at least three sets of different factors, reports, comments demonstrating the negative effects inherent in the just concluded election and further suggests that Mr President’s remark about democracy in the country may not be the true argument.

First is the cold fact from John Campbell, a former United States Ambassador to Nigeria, where he pointed out that; "When Nigeria transitioned from military to civilian rule in 1999, the effects on West Africa were palpable: coups lost their legitimacy, and the region has pursued a positive democratic trajectory ever since. But the latest presidential election is far from an example for those African countries consolidating their democracies or emerging from quasi-authoritarian regimes to emulate’’.

Before the dust raised by John Campbells’ comment could settle, that of the American Government was up stating; ‘As noted by many observer groups in their preliminary reports, we too were disappointed by the low voter turnout as well as credible reports of voter intimidation, vote-buying, and interference by security forces, and violence in some locations. We are saddened by those acts of violence and extend our deepest sympathy to the families of those who lost their lives, including those who worked for the Independent National Electoral Commission (INEC) and the security services’.

As if that was not enough evidence for the nation to understand that all may actually not be well with our just concluded election, the European Union Observation Mission led by the EU chief Observer, Maria Arena in their preliminary report came with another troubling aspect that INEC had many operational shortcomings and particularly lamented the killing of almost 35 people on the election day as well as the late arrival of election materials at the polling units.

Using these hard facts and factors discussed above as a benchmark, particularly that by the European Union Observation Mission led by the EU chief Observer, Maria Arena, it will not be an unclarified assumption to conclude that Mr President’s claim that; our country, once again, has shown the world that we can choose our leaders in a peaceful and orderly manner, may not be the true representation of fact. The reason in my opinion is simple; an electoral exercise where over 35 citizens lost their lives cannot be described as peaceful.

More precisely, in a democracy, having an increase in the number of aggrieved candidates, and supporters, who took their concerns and grievances to the courts, as opposed to the streets, should not be the Key Performance Indicator (KPI), to decide whether the nations’ democracy is maturing or not as there are other perimeters and parameters to identify such development.

In my understanding, democracy is not an end in itself. And the world is in agreement that for democracy to be considered as developing, it should underwrite social justice and social mobility. But unfortunately, this has not been the case here in Nigeria since May 1999 as it only but fuels hopelessness.

Substantively, the above reality places another potential downside to Mr President’s claim on that day, at that time and in that place; that his party, the APC, placed before Nigerians policies that focus on delivering prosperity to all Nigerians through enhanced security; eliminated corrupt practices in public service; supports sectors that will create jobs, and promoted socially-focused interventions to support the poorest and most vulnerable among us.

Empirically, aside from the fact that some analysts have described Mr President’s comment as a resemblance of ‘calling a puppy a lion’ democracy in Nigeria that has practised for two decades cannot be maturing in the face of a recent communique issued by the Catholic Bishops’ Conference of Nigeria (CBCN), which among other things noted that the Nigerian State is much endowed with natural, human and spiritual resources; but, political authorities have not been completely diligent in relating to these resources neither have they been fair and equitable in distributing them.

Adding that many instances of killings still exist as a result of banditry, kidnapping, assassination, armed robbery, reckless use of force by security agencies, lynching, reported an upsurge in the cases of suicide, even among our youths, clashes between herdsmen, communities and the activities of Boko Haram insurgents have continued, in which many innocent people lose their lives.

For us as a people to, therefore, reap the fruits of a maturing democracy, our leaders in my views must recognize that they ‘cannot succeed on their own; that even the most outwardly confident leader needs support and advice’. As without strong relationships to provide perspective, it is very easy as a leader to lose your way.

Similarly, instead of giving Nigerians a forlorn hope, Mr President should openly admit that our democracy is derailing from what it should be, that the qualities of accountability, transparency, independence of the judiciary, respect for fundamental rights, observance of the rule of law, and fair and credible electoral process, to mention only these, are still lacking.

Giving these challenges the urgent attention it deserves would be considered as the right step taken in the right direction.