Mu masangano, the crossroads with Aisha Buhari, and Tasha 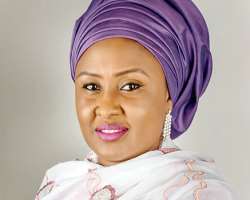 It is with great pleasure that I welcome you on board this flight and to the new edition of Inzozi Magazine. Sit back, relax and enjoy your journey. Thank you for choosing to flyRwandAir

In line with our commitment to offer better connections to our customers...we spread our wings to three new destinations; Kinshasa, Guangzhou and Tel Aviv.

6th September 2019 the Rwanda Development Board hosted the 15th edition of “Kwita Inzina” a gorilla naming ceremony, it’s the biggest event in the country’s tourism calendar. Every yea, new born gorilla babies are celebrated in an exciting event at the foothills of the Virunga Mountains. The event has grown to attract thousands of international guests including high ranking government officials, celebrities, conservation activists, international media houses to name but a few. RwandAir as a major key player in the tourism industry is proudly a sponsor.

For the tiny nation at the end of second quarter of this year had already 27 destination, and 30 now, including Brussels-London. This tiny airline migrated its passenger service systems used for Reservation, Ticketing, Inventory, E-commerce, Loyalty, Check-in, Departure and Load Control to a world class system provider; just to give passengers enhanced experience and services.

The above I gleaned while flying RwandAir last month, and I can tell that apart from the official state PR mechanism, this country is surely slowly moving forward and breaking boundaries. They are not a Nigeria with Atyap, Birom, Edo, Fulfulde, Efik, Eleme, Gbagyi, Hyam, Ibibio, Idoma, Igala, Igbira, Ijaw, Ikwerre, Itsekiri, Jju, Jukun, Kanuri, Margi, Nupe, Tiv, Urhobo-Isoko and more than some 50 others, and Nigeria is some 200,962,417 in population according to 2019 estimates.

We are tail in many developmental indices, and have a miserly N48bn for education in 2020, money that cannot put even five universities up to world standards. By 2024 over 100 millions Nigerians or nearly 50% will be in abject poverty. And we are all still in drama mood. How can a blessed nation like Nigeria be so inflicted with poverty that citizens cannot afford USD5 or N1800 for medicine and their children die...and leadership and followership do not seem perturbed?

What serious and progressive leaders and nations do; When the Malaysian Prime Minister had a heart attack; they asked him if he will be flown overseas...he said he envisioned the heart attack that's why he built a world class hospital in Malaysia for all citizens...if they cannot treat him in Malaysia he will not go to any nation for a treatment...Today Malaysia have the best Cardiac Hospital in the world...

So instead of face the task of nation building, have critical, progressive driven conversations and spin new narratives and creative ideas regarding the nation that we want. My people, my people as usual had drama to deal with...Like we once had a Nigerian Airways that was the pride of the world, we only some scores of months back in the words of then Minister for Sports 'expended' homogenous amount in various currencies that was dead on arrival.

There were no planes, but there was an AirNigeria, a logo designed in some far away country, consultants were paid and like most of our epic soaps, we all do the scripting, and casting, and give us a moment we all forget the plot. And no one is held responsible.

So here we are, did you hear about the President getting married, he was going to marry Minister for Humanitarian one-thing-some-thing. If you did not hear that you are not Nigerian, not in Nigeria or you maybe have no light, no mobile telephony, data or something is wrong. Okay you will read it somewhere like you are now.

They said that Aisha was locked out of her quarters at the villa, I mean the Aso Rock Villa, I did not know that she had one 'sef'. But she was supposed to be 'vexing' in UK in the last two months. 'Wetin vex her sef'? I hear she was upset with the cabal, which cabal, where are the cabals?

So my President was to marry the forty-something year old Zamfara damsel, but the presidency denied the rumors, who started the rumor, was there as element of truth, was it half truth or just a continuum of the demonic plan to bring this government down from the next level we have reached or are reaching. Bad people, our god will not allow una derail this government.

They said that the cabal never forgave Hajia Aisha, our lovely tell it all, hold nothing back DAM...(damsel of the masses) and heart of our president. Women went into overdrive we must protect her, she suffered for our President, haba this marriage of 12:00 noon will not hold, and then another of the Episcopal men's right club said that the President can marry up to four, his faith permits, and come and see my people...Nigerians love drama!

The presidency issued a release but did not debunk the entire episode, it only did episodic shake of the butt in the best of Parisian catwalk method of crisis communication. Thus we were denied the opportunity to wear our 'aso ebi' of pepper dem green corruption, and hardship blue.

We were not allowed to enjoy the immoral result of the Big Brother Naija "pepper dem" edition won by a certain Mercy, and if I saw her on the road, I know her not, and the famous Tacha, ‘knoweth’I not too, but as Nigerian as we are, we again move into the overdrive.

Did you hear that a single digit billion was spent on voting, yes voting on that immoral program, I don't know how we arrived at the moral compass that measured the immorality or otherwise of the program. Hoops, lamentations of Nigerians, how come for nakedness they paid Mercy N60M, and our Cowbell Mathematics Champions get at best a laptop and plenty cartoons of noodles, plus a N30K Check?

Mu masangano, the crossroads with Aisha, and Tasha, the word Mu masangano is Rwandan, a word that represents crossroads, Nigeria is at a crossroads, like I often say we have got to 11:59, but somehow we often avoid the 12:00 of all disaster, in Nigeria we have seen 25 hours in one day, but sadly we trudge on, know that majoring in minors, never bothered about the majors, for how long—Only time will tell