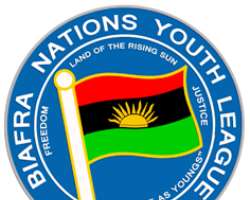 Biafra Nations Youth League, BNYL, has stated that the struggle for Biafra will continue even if Nigeria decides to allow President of Igbo extraction. The BNYL said the demands for a separate state of Biafra remains sacrosanct, adding that most members and followers of the Organisation are not from the South-east.

Speaking on behalf of the group, the Secretary General of BNYL, Ordu Jeoffrey Nwosoiba said that the people of the region have sacrificed alot for Biafra that it is no longer possible to drop the agenda for Igbo Presidency. Continuing he said "though we are not a hiderance to Igbo Presidency but it should be noted that even after Igbo Presidency Biafra will not die".

Nwosoiba, an Ekpeye born agitator of Ahoada East, Rivers State boasted that the group has large followership especially in the South-south geopolitical zone. He disclosed that all those who were arrested at Bayelsa junction on their way to inauguration of Biafra National Council, BNC, officitiated by Chief Dokubo Asari on 17th August 2019 were all indigenes of Rivers State, Cross River and Akwa Ibom. He lamented that it will be too difficult for them to adopt Igbo Presidency instead of Biafra which is our right.

Nwosoiba admited that his people are Igbo speaking but are yet to be fully intergrated into Igbo union due to identity crisis in Rivers State caused by the civil war. According to him, majority of the Ekpeye youths have qued behind the Biafra Nations Youth League to project their interest in Biafra.