Site  of Broken Heads And Bones 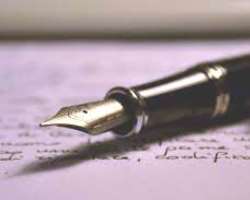 (A Poem Against Political Violence in Kogi State)

They sing choruses of threats, violence and war
And they are on rampage, causing havocs here and there

Firing gunshots and destroying properties as they campaign around

November, oh November - what fate awaits us
As we wait for thy arrival!
One leg on River Benue and the other on River Niger

Facing the east, this is what I see:
Crushed heads, hanging skulls,
Weary bones and scattered tooth matched upon by infant soldiers

They rose against themselves in bloody violence
And they are ready to do that again - electoral violence!

Bloods of innocent countrymen and women rolling the streets

And even the Vultures were fed up eating their tattered flesh

Reminiscences of 1967, but that was war
November 16 - This is not war
Shealt your swords all you mischief makers and agents of violence

Life is precious and human blood is sacred!
And this is the voice I hear - shun violence and avoid blood sheds!