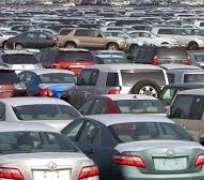 Nnadiekwe, while reacting to allegations that the Berger car mart was sealed of by operatives of the Nigeria Customs Service for selling smuggled cars, wondered why Customs would seal businesses of car dealers who operate legitimately and pay duties on imported vehicles.

He maintained that dealers at the park do not patronise smuggled vehicles as they only import from the seaport with appropriate Customs duty paid on the vehicles.

He said, “Customs did not shut down our premises because we don’t sell Cotonou vehicles here. We are at the market, nothing of such is happening here. The borders have been closed, so where will the vehicles come from? This is the question begging for answer. Even before the border closure, for a long time, we have stopped smuggled cars from coming into the Berger car mart.

“We have told our dealers not to smuggle vehicles here. Our vehicles come through the seaport and we pay genuine Customs duty. If you purchase any vehicle here, you can be rest assured that Customs can not seize your vehicle on the road.”

Nnadiekwe, who decried the nationwide clampdown by Customs on car dealers, advised the NCS to explore strategic measures to check smuggling of vehicles, saying the Gestapo style deployed by Customs in sealing car marts across the country is frustrating businesses of genuine auto dealers.

Customs had last week commenced a nationwide clampdown on auto marts in search of smuggled vehicles on which proper import duties have not been paid.