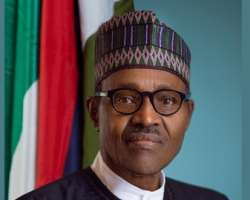 The Coalition of United Political Parties said it has received with shock the decision of the Federal Government to re-introduce toll gates on the nation’s roads.

The Coalition’s position was contained in a statement on Saturday by its spokesman, Imo Ugochinyere.

Ugochinyere said in the statement: “We note that the decision is coming at a time the government is also planning to increase Value Added Tax.

“All these are coming at a time the same government is reneging on its promise ahead of the 2019 general elections to increase national minimum wage to N30,000.

“Opposition parties view these insensitive economic policies of the Federal Government as deliberate decisions aimed at further impoverishing Nigerians who are already wallowing in abject poverty.

“This government, clearly does not have the interest and welfare of the citizens at heart and does not deserve Nigerians’ support.

“We make bold to say that this government decided to embark on desperate and crazy drive for revenue to cover up for national resources that have been squandered by top government officials in an administration that claims to be fighting corruption.

“This is the same reason why armed officials of the Nigeria Customs Service will throw caution into the winds and shatter the peace of hotels and car marts under the guise of seizing smuggled cars.

“We urge this government to henceforth drop all its anti-people policies just as we advice Nigerians to be fully prepared to resist and protest against any government policies that will further make their lives worthless.

“Specifically, we urge the Federal Government to immediately rescind its decision to reintroduce toll gates on our roads for the interest of peace.”